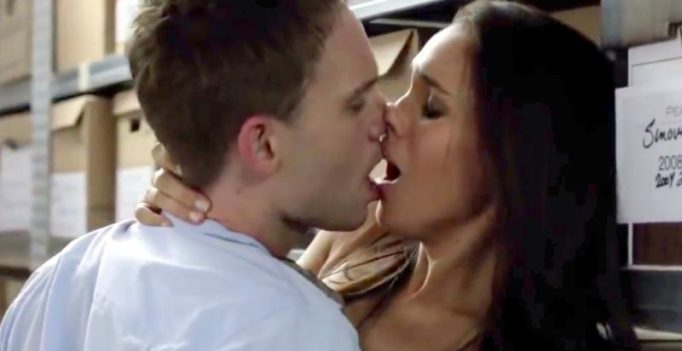 Meghan Markle, who stars in a hit US TV show Suits, took to social media posts, teasing her fans about the alleged fling with Prince Harry.

Following the speculations around American actress Meghan Markle’s romance with Prince Harry, the adult entertainment websites around the world saw a whopping rise of 1,430% with searches for her sex scenes. Meghan Markle, who stars in a hit US TV show Suits, took to social media posts, teasing her fans about the alleged fling with Prince Harry. The Metro UK reported that Markle shared an image of a cup of tea in a cup and saucer, next to an elephant-shaped teapot. Another post showed her sharing two embracing bananas with her followers on Instagram. 35-year-old Markle also described herself as the luckiest girl in the world during an interview with a Canadian newspaper.

‘Kensington Palace has said it will not comment on private matters and Markle, a regular user of social media, has not confirmed or denied the reports since they emerged. Markle’s older sister told the Sun: ‘My father has known for five months. When it came out, dad said: “I knew it was Harry, I just didn’t say anything.” She said: ‘I think her ambition is to become a princess. It was something she dreamed of as a girl when we watched the royals on TV.’ She added: ‘She always preferred Harry – she has a soft spot for gingers,’ reported Metro.

In an interview to Vancouver Sun, Markle said she will also be travelling to India to film a seventh series of Suits. ‘So, my cup runneth over and I’m the luckiest girl in the world!,’ she said.

Prince Harry is believed to be single ever since his breakup with long-term girlfriend Cressida Bonas, two years ago. 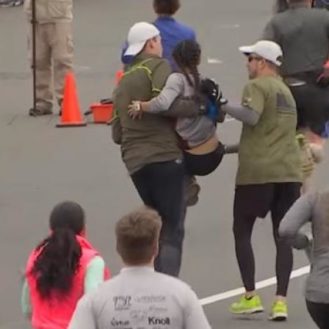 In the clip, the woman is seen trying hard to keep up with other marathon participants before being helped by three men who stop mid-race…