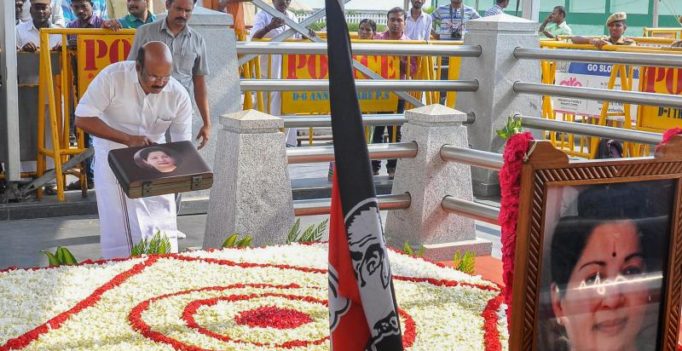 Tamil Nadu Finance Minister D Jayakumar paying respects at the memorial of the late AIADMK Supremo J Jayalalithaa prior to presenting his first budget for the financial year 2017-18 in Chennai. (Photo: PTI)

Chennai: The Assembly witnessed heated exchange between Leader of Opposition M.K. Stalin and Finance minister D. Jayakumar on the latter’s action of placing the budget copy before the burial place of former Chief Minister J. Jayalalithaa before presenting it in the House.

DMK MLA Udhayasooriyan raised the issue, during the budget discussion and said in the days of DMK founder C.N. Annadurai , the budget could be carried in a small bag. He went on to make a remark that was objected by the ruling party members and expunged by Speaker P. Dhanapal.

Jayakumar, who replied to the DMK member said the total budget amount was about Rs 3,000 during the days of Anna and the budget has come to about Rs 1.5 crore.

He also said the fiscal deficit in the state budget is high since the DMK which was in the Centre for three terms did not obtain what is needed for the state.

Stalin also listed some of the achievements of the DMK and said asked the minister to answer the specific question of the MLA. Jayakumar said taking the budget outside is not wrong and the only condition is that it should be kept as a secret. Seeking the blessings of a leader would not amount to breaking the budget secrecy, he said.

When ‘Mafoi’ K. Pandiarajan, from the OPS group also rose to support Stalin’s views, Jayakumar alleged that the DMK and OPS group had a working arrangement between them. He also made another charge on the DMK which was expunged following strong opposition by Stalin. 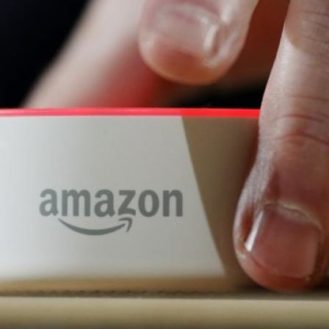 Crocodiles are common in Australia’s north where numbers have increased since the introduction of protection laws in 1971. (Photo: Pixabay) Sydney: An Australian teenager is…