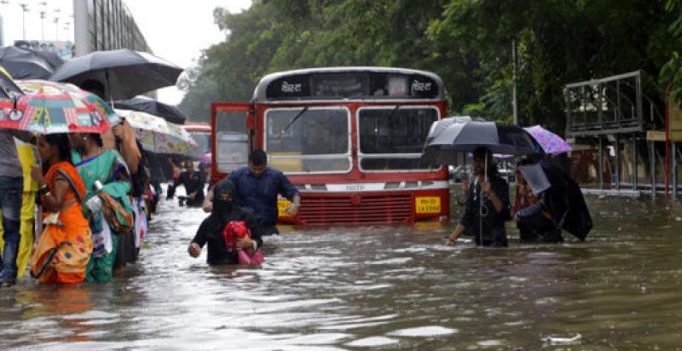 As the financial capital stopped in its tracks, no respite was in sight as the Met department forecast “extremely heavy rainfall” in the next 24 to 48 hours in the western coast of Maharashtra, including Mumbai, and parts of Gujarat and Goa.

Traffic jams were reported on all major arterial roads, including the Eastern and Western Express Highway, Sion-Panvel highway and LBS Marg as the rains continued since last night.

Waterlogging was reported in low-lying areas of Parel and Sion. A tree fell on the busy Saat Rasta road, affecting road traffic. Suburban services were disrupted with trains on all the three lines–western, central and harbour–running late.

Waterlogging on tracks was reported in Andheri and Bandra, civic officials said.

The city airport saw flight disruptions since morning. Due to heavy winds and downpour since morning, six to seven flights had to do rounds while landing, while four to five flights were diverted to nearby airports. These included an IndiGo Guwahati-Mumbai flight which was diverted to Ahmadabad, airport officials said. The single runway of the airport was, however, functional.

A Chhatrapati Shivaji International Airport spokesperson said there is an average delay of 35 minutes.

“Heavy rains and strong winds have drastically reduced visibility leading to diversions and go arounds even though the main runway is open,” a Mumbai airport source told PTI.

Suburban rail services, the lifeline of the metropolis,were paralysed. The Central Railway-run harbour line, which connects CSMT to Panvel, remained suspended since 11:30 am, railways officials said.

The Brihanmumbai Municipal Corporation (BMC) said the situation was well under control and advised citizens to step out of their homes only if necessary.

“Step out of homes only if it is too important because waterlogging has been reported from several parts of the city,” he said.

Naik, however, added things were well under control and senior civic officials were keeping a close watch on the situation.

“Due to waterlogging on tracks & point failure at Bandra following very heavy rains, 3 lines except UP Fast line are affected. Efforts are on to start traffic on 3 lines (except UP fast line) at Bandra as soon as possible by attending the points,” the Western Railway tweeted.

According to an official from the BMC’s Disaster Management Cell, “There have been reports of waterlogging in Dadar, Andheri, Worli, Kurla and Sakinaka, among other areas. We have received 20 cases of trees falling and one of a wall collapse.”

“Despite heavy downpour, no untoward incident has been reported so far,” said the official.

“Areas such as Mumbai, south Gujarat, Konkan, Goa and west Vidarbha will get extremely heavy rainfall in the next 24 to 48 hours. It is a serious situation. We have issued necessary warnings to the departments concerned, including airports,” A K Srivastav, head of climate monitoring and analysis at IMD Pune, told PTI.

“The status of the weather system, which has brought heavy showers over the Mumbai region, has been upgraded from ‘well marked low pressure’ to ‘depression’. It means it is set to bring more rains. Hence, we have predicted an extremely heavy rainfall,” he said.

In the morning, commuters bound for offices were stranded at several suburban stations. In absence of train services, major suburban stations were overcrowded. Chhatrapati Shivaji Maharaj Terminus was chock-a-block with commuters anxiously waiting for trains to head home.

“Stuck in a local train between two stations #MumbaiRains no announcements if the train will go ahead. utter #chaos,” Vidya Kumar, a passenger stranded at Bandra station for over an hour, tweeted by tagging @RailMinIndia and @drmbct, the Twitter handle of DRM WR Mumbai Central. 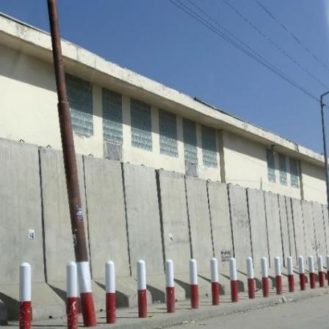 Rice platter served with gold. Hyderabad: Caterers in Hyderabad maybe banking on the yellow metal to add commercial value to the food. Nutrition experts, on…