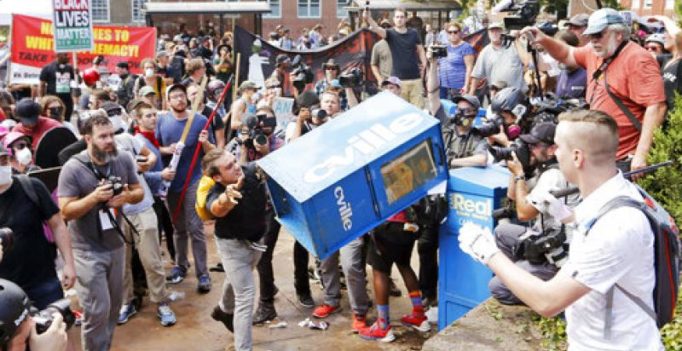 A woman was killed and 19 were injured when a car ploughed into a crowd of counter-protesters in Charlottesville. (Photo: AP)

Washington: Hindu and Sikh-Americans have condemned the violence unleashed by white supremacists during a rally in Virgina in which a woman was killed and the subsequent remarks by US President Donald Trump in which he blamed both sides for it.

A woman was killed and 19 were injured when a car ploughed into a crowd of counter-protesters in Charlottesville.

“What our country witnessed this past weekend in Charlottesville, violently illustrated that when it comes to the expression of hateful, intolerant, profoundly bigoted ideologies, accompanied by implicit and explicit violence, tolerance can reach its limits, and such words and actions must forcefully be repudiated and condemned,” the Hindu American Foundation (HAF) said in a statement.

“While President Trump condemned the forces of white supremacy, neo-Nazis and the KKK by name on August 14, 2017, the Foundation, like most Americans, stands stunned and outraged that Trump reverted yesterday to voicing a false moral equivalency between the values and actions of the groups participating in the Unite the Right rally and those of the brave individuals opposing them,” it said.

To maintain and build a tolerant, pluralistic society, these forms of intolerance and exclusivism themselves cannot be tolerated, the HAF said.

“There is no place in American society for white supremacy, white nationalism, anti-Semitism, neo-Nazis, the KKK, or any ideology associated with these forms of ignorance and bigotry,” HAF said in a statement.

“Driven by the same beliefs as the terrorist who struck the Sikh community in Oak Creek, WI just over five years ago, these white supremacists, KKK members and Neo-Nazis are once again trying to divide America through hate and bigotry,” he said.

“We must make it clear that their incendiary ideologies have no place in American discourse. This situation serves as a painful reminder that there is still a lot of work to be done in bringing Americans of all faiths, colours and communities together,” Singh said. 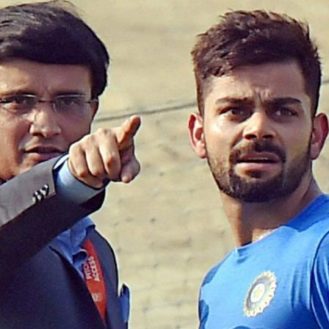