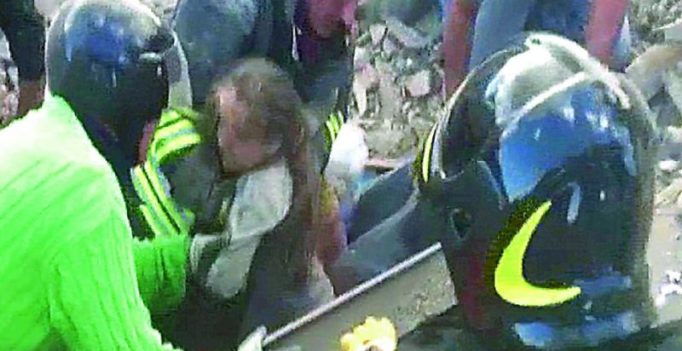 A 10-year-old girl was pulled from the rubble after spending 17 hours trapped upside down in debris from the Italian earthquake. The child was hauled to safety by rescuers who shouted ‘she’s alive’ as they carried her. (Photo: Web)

Amatrice, Italy: Tales of horror and courage continue to come from the town in central Italy which was hit by a massive earthquake on Wednesday even as the death toll went up to 250.

In one of the most remarkable stories of courage an eight-year-old girl sacrificed her own life by throwing herself on top of her younger sister as the rubble from the devastating earthquake encased them, according to a Daily Mail report. The two girls were found buried together in the rubble of their holiday home in the village of Pescara del Tronto but only one of them survived, the Mail reported.

The girl’s distraught grandmother Angela Cafini wept as she recalled how her four-year-old grand daughter escaped with barely a scratch thanks to her older sister who lay on top of her to protect her as the house collapsed around them.
Meanwhile, hundreds of aftershocks have rocked devastated areas of central Italy, hampering search efforts after a deadly earthquake.

More than 300 people have been treated in hospital and dozens are believed to be trapped under rubble. Hundreds of people spent the night sleeping in their cars, in hastily-assembled tents or as guests of families in nearby areas less affected by the quake.

Monica, a survivor from the tourist town of Amatrice, said: “What have we got to lose now? We have lost our house. So many friends and family are dead. We have lost everything, even our fear.” 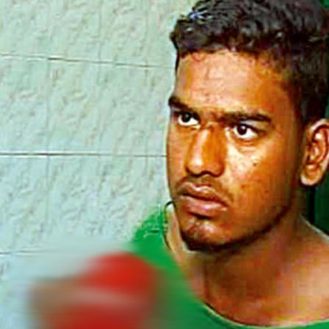