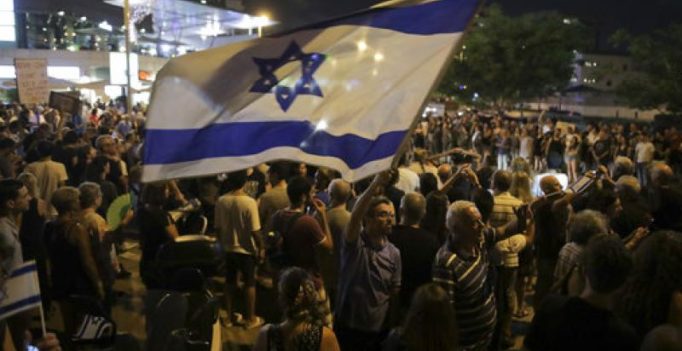 Israelis take part in a weekly protest against Israeli Prime Minister Benjamin Netanyahu, seen on the poster, in front of the home of Israel’s attorney general Avichai Mandelblit in Petah Tikva. (Photo: AP)

The weekly vigils have become the vanguard of a grassroots protest movement against Netanyahu’s alleged financial misdeeds and illicit ties to executives in media, international business and Hollywood.

Netanyahu has repeatedly denied any wrongdoing and called the accusations against him a witch hunt orchestrated by a hostile media. The scandal has yet to threaten his lengthy rule, but has harmed his public approval ratings.

Last night’s demonstration comes a week after a pair of high-profile organisers were arrested and after Israel’s Supreme Court ruled the protests could continue as long as they didn’t exceed 500 people or include the use of loudspeakers in the residential area.

Israeli police said far more than that arrived on Saturday, with some 2,000 attending. They also said protesters violated the other conditions set by the court, using loud speakers and spreading out to adjacent streets.

What began as a gathering of a handful of good governance activists outside the home has now, in its 40th week, swelled into a powerful display of flag-waving Israelis each Saturday night that has drawn heavy media coverage, sparked counter pro-Netanyahu protests and unnerved police.

Israel law says the prime minister can only be removed by parliament, though the Supreme Court has since ruled that government ministers and mayors had to resign if indicted.

Israel’s justice minister has said the prime minister is not compelled to do so. But should the attorney general issue an indictment, there will be a legal challenge and public pressure for him to step aside.

The weekly protests are ostensibly aimed at encouraging an indictment. 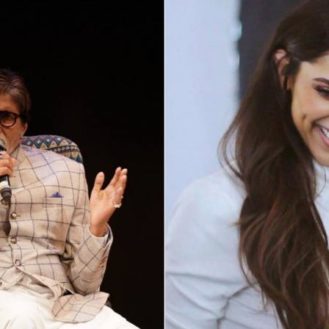