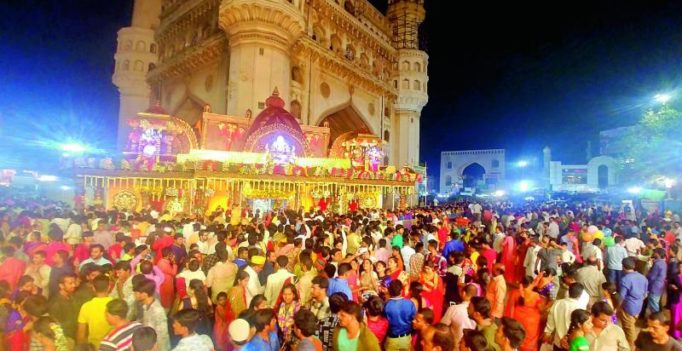 Thousands of devotees offer prayers at the Bhagyalakshmi temple near Charminar in Hyderabad on Wednesday midnight. (DC)

Hyderabad: On Diwali day, the particulate matter 2.5 (PM 2.5) increased by 61 per cent in Hyderabad and PM10 increased by 34 per cent according to monitoring units assessed by Telangana State Pollution Control Board.

The readings on Diwali last were where higher, with PM10 recorded at 158 ug/m3 and PM2.5 at 112 ug/m3. This does not mean that this Diwali was cleaner as atmospheric pressure, wind movement and cloud cover plays a major role in dispersal of pollutants.

A senior pollution control officer explained, “The average wind speed on November 7 was 2.8 metres per second has allowed the disposal of pollutants from the air. In 2017, the wind speed was 1 metre per second because of which pollutants stayed over the city. Relative humidity was 60 per cent during both the years.

The highest concentration of PM2.5 was seen from 8 pm to 10 pm where the readings in Sanathnagar went from 549 to 622 ug/m3. Areas like HCU, Pashmalayaram and Bolaram saw seen lower concentrations. The areas of Zoo Park and Icrisat saw higher concentrations of PM2.5 during this time of the night.

The concentration of ammonia was very high in the air at 51.6 ug/m3 and nitrogen 43.5 ug/m3. The noise levels in residential and highly sensitive areas increased, according to Pollution Control Board data. The recordings takenwere found to be high. 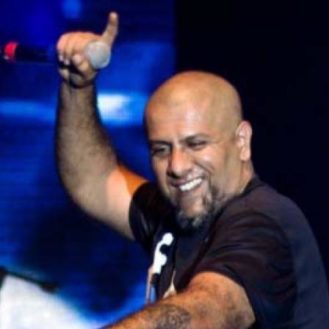 Aamir Khan Aamir Khan was recently spotted at the airport holding a copy of The Condensed Mahabharata of Vyasa by P. Lal — an indication…

The book will bluntly lay open all the wounds of hurt during Karan’s growing years, when he was subjected to ridicule for being effeminate. If…