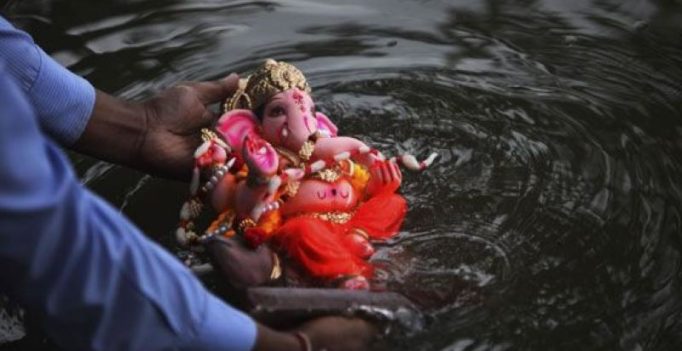 Taking a dig at the government and police, the samiti said that maximum immersions will be at Tank Bund, especially those with above 15 feet height while the smaller ones can be accommodated in these tanks. (Representational image)

Hyderabad: Hussainsagar will be the prime immersion site this year too. The government should not direct devotees where to immerse the idols. It is the pandal management who are to decide the immersion sites, said  members of the Bhagyanagar Ganesh Utsav samiti that does not seem to welcome the idea of  separate tanks exclusively built for Vinayaka immersion. Taking a dig at the government and police, the samiti said that maximum immersions will be at Tank Bund, especially those with above 15 feet height while the smaller ones can be accommodated in these tanks. Through an RTI the samiti found that Hyderabad police have given them a wrong estimation of metro pillars height especially those at Gandhi Bhavan and Moazzamjahi Market.

General Secretary of Bhagyanagar Ganesh Utsav Samiti, Dr. Bhagavanth Rao, said, “Police department has wrongly given the height of metro pillars at various sites. For instance at Gandhi Bhavan,  they mentioned  20 feet and restricted idols above  15 feet. However, through an RTI reply, it was identified that the height on this route is 26.7 feet which can accommodate idols up to 20 feet. It is the same at Mozamjahi Market route.  The government has been insisting on idols being below 15 feet high due to height and pollution issues. The samiti asked why the government should interfere with the fundamental right of the citizens? Even the High Court did not restrict and instead asked the government to make arrangement for the immersion.

All figures show biological oxygen demand in microgram per litre of water.

He further added, “Secondly there are 25 lakes in and around the city limits where immersion is done and this year  there are one lakh pandals. Why should the government assign the lakes? It is the pandal management that should decide as per the convenience. The immersion will take place at Tank Bund as usual”.

Vinayaka Chaturthi, 2016 falls on September 5. The immersions will start right from the first day. However, the procession for the tallest idol which is 58 feet, Khairatabad Ganesh, along with those above 15 feet will be on September 15.

The members demanded the government to supply free power supply as the electricity department has been charging organisers at some pandals. “An RTI inquiry reveled that the total revenue generated through the Ganesh pandals is Rs 50 lakh.  We will be meeting the chief minister and requesting him for free power supply during the festival days,” added the members. The Hyderabad Metro rail officials, meanwhile state they have no role as police is detailing with the height negotiations. 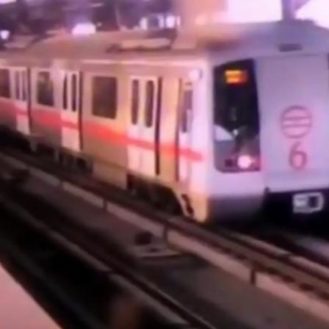