Hyderabad: Three organs of four-year-old Pannala Udbhav, who fell from the second floor of a building while playing, were donated to the Jeevandaan scheme by his parents.

Udbhav was playing in the balcony of their home at 9.30 pm on November 27 when he slipped from a gap in the grills and fell to the ground. His parents Narasimha and Ramani Reddy rushed him to the hospital where he was given first aid and sent to Rainbow Hospitals. On Tuesday, Udbhav was declared brain dead.

Mr Narasimha Reddy, a software engineer who works in Hitec City says, “I was aware of the organ donation scheme and opted for it. We know that that his organs will be of use to others who will get a new lease of life.”

A senior counsellor explained, “It was a very difficult decision for the parents but their inclination and possibility of helping those who could survive with these organs is commendable.”

Two kidneys and a liver were retrieved from the body and will be used for patients in Apollo Hospitals, Jubliee Hills as according to the rotation system it has to be allotted to them stated the Jeevandan members. 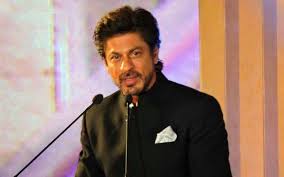