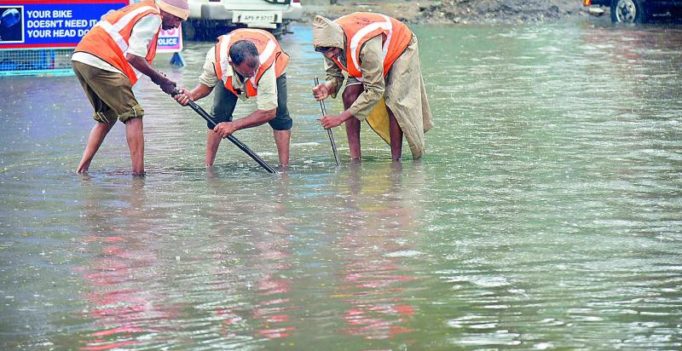 GHMC workers struggle to open a drainage point at a flooded road in Hyderabad on Monday. (Photo: DC)

Hyderabad: The Osmania General Hospital has registered 50 cases of snakebites during the past two months, with six reported deaths. Gandhi Hospital has seen about 20 this month. Private hospitals have also reported snakebite patients, including five at Apollo.

Doctors say patients should be careful during the rainy season as snakes move out from their water-filled burrows onto roads and houses.

Dr Hari Kishan, a general physician, said, “Walking in poor lighting in puddles is the main cause of snakebites. Although people prefer open sandals during the rainy season, it is advisable to wear shoes. The main area of snakebites in the cases we notice are in one’s feet. In such a case, one should not try to suck the venom. Just tie a cloth tightly over the wound and immobilise the affected area.”

Medical experts say that polyvalent anti-snake venom is used in most hospitals which works for most snake bites.

“Almost all hospitals with ICUs can attend to snakebites. The more popular hospitals are Osmania and Gandhi as they are government hospitals. The anti-venom is not expensive but supportive treatments might be expensive,” Dr Kishan said. Doctors stress on the importance of identification of the snake.

Mr Srikanth Reddy, a nature lover says, “Most snakes that crawl into homes are not venomous. But it is crucial that the victim goes to the hospital immediately and not take any risks. Sometimes even doctors find difficulty in identifying snakes so it is advisable to catch the snake or at least take a photo of the same.”

Mr Avinash Visvanathan, a member from Friends of Snake Society, said they receive at least 100 phone calls daily from residents across the state.

“Venomous snakes like the Russell’s viper, spectacled cobra, krait and non venomous species such as the Rat snake are most frequently found,” he said.  Monsoon is the hatching season for the snakes and therefore they look for damp places in households. We have rescued over 400 snakes over the past two months.” 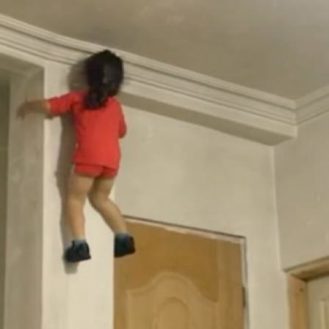