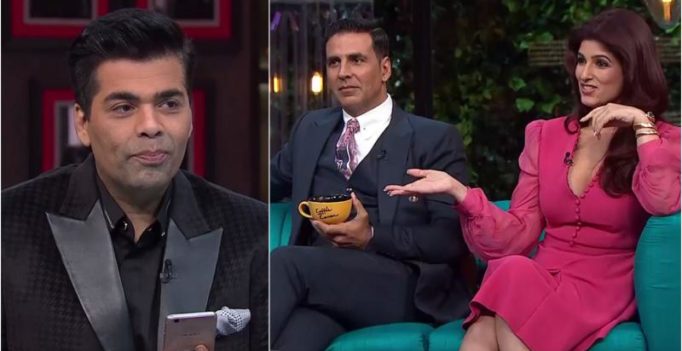 Mumbai: ‘Koffee with Karan’ Season 5 is back with a bang and Shah Rukh Khan and Alia Bhatt sure did raise the bars when it came to being witty, funny and candid in the first episode of the popular talk show which was aired on Sunday, November 6.

While they will, no doubt, be a tough act to follow, Akshay Kumar and Twinkle Khanna have no fears of falling short. The real-life couple, who will be appearing in the show’s second epiosde on coming Sunday, have already created waves with Twinkle’s no-holds barred revelations and counter questions at Karan Johar, which audiences got a sneak peak in the promos of the second episode.

While Karan is the real quizmaster on ‘Koffee with Karan’, Twinkle dons her Mrs. Funnybones alter ego and turns the tables on Karan instead. Childhood friends, their camaraderie is apparent on the show and by the recent banter between the two.

In the promo, Karan asked Twinkle what does Akshay Kumar has that Khans don’t? Twinkle’s replied was not only witty but also very clever.

Replying to the promo on her Twitter, Twinkle wrote, “Dangerous to drink Koffee with @karanjohar he always asks me this very question on every public platform! But I put him on the spot too:)”

To which, Karan Johar quickly replied back saying,

By the looks of it, seems like Karan has finally met his match eh?! 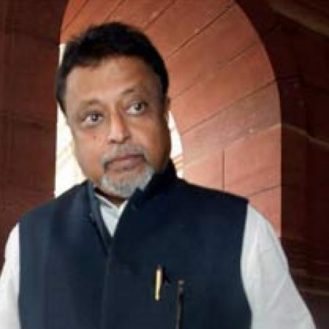