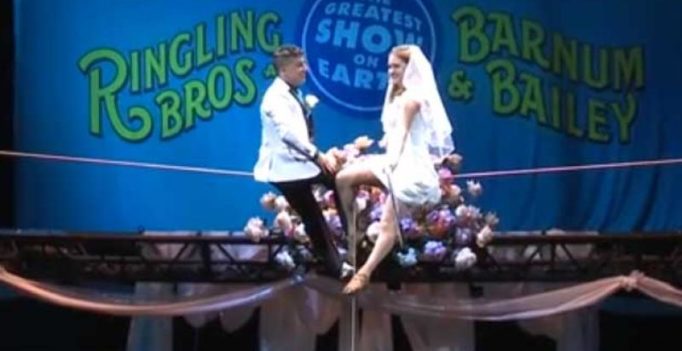 The group has a total of 30 stops scheduled on its 2017 tour. (Photo: YouTube Screengrab)

Washington: Ringling Bros and Barnum & Bailey Circus announced Saturday it will host its final show in May, ending “The Greatest Show on Earth” after 146 years.

Company executives cited high operating costs and declining ticket sales after the traveling American circus retired its popular elephants as reasons for drawing the curtain on a celebrated spectacle that traces its origins to politician and showman P.T. Barnum’s first show in 1871.

Animal rights groups cheered the move as a success story following decades of activism against the use of animals in the circus.

Kenneth Feld, chairman and CEO of show producer Feld Entertainment, said he and his family came to the “difficult” decision to end the circus “after much evaluation and deliberation.”

“Nearly 50 years ago, my father founded our company with the acquisition of Ringling Bros.,” he said in a statement on the group’s website.”

“The circus and its people have continually been a source of inspiration and joy to my family and me, which is why this was such a tough business decision to make.”

The final “Circus XTREME” show will take place at the Dunkin’ Donuts Center in Providence, Rhode Island on May 7, while the group’s “Out Of This World” tour will take place May 21 at the Nassau Veterans Memorial Coliseum in Uniondale, New York.

Although Barnum’s first show took place decades before, it was not until 1919 that a group started by five Wisconsin brothers, Ringling Bros. World’s Greatest Shows, merged with Barnum & Bailey’s Greatest Show on Earth.

While the Ringling brothers had been better known for traditional circus fare, Barnum was dubbed the “Prince of Humbugs,” known as a shameless promoter of incredible hoaxes, freak shows and zoological curiosities.

One such object was the Fiji mermaid, or Feejee mermaid, which was in fact no less than the head and torso of a monkey sewn to the body and tail of a fish.

Barnum launched his traveling circus after fires destroyed his Barnum’s American Museum. Two whales were boiled alive in their tanks during one of the fires.

In 1881, Barnum teamed up with James Bailey to run their “Greatest Show on Earth,” making a fortune along the way.

People for the Ethical Treatment of Animals cheered Ringling’s latest decision as the end of an era, and called for other circuses to follow their lead.

“After 36 years of PETA protests, which have awoken the world to the plight of animals in captivity, PETA heralds the end of what has been the saddest show on Earth for wild animals, and asks all other animal circuses to follow suit, as this is a sign of changing times,” the group’s president Ingrid Newkirk said in a statement.

Wayne Pacelle, president and CEO of the Humane Society of the United States, joined in.

“A major moment as big brands that harm animals fade away and more humane businesses emerge I applaud @RinglingBros announcement,” he tweeted.

In May 2015, the circus retired its performing elephants after major criticism from animal rights groups, including widely circulated videos from PETA that showed a male handler hitting elephants with an ankus, or pointed stick.

The Ringling Brothers herd was the largest in the Western hemisphere for Asian elephants, listed as an endangered species by the International Union for the Conservation of Nature, which says 40,000-50,000 exist in the world in highly fragmented populations.

“It is sad. You feel it is the end of an era,” long-time trainer Trudy Williams told AFP at the time.

Ringling Brothers was also embroiled in a 14-year lawsuit in which animal rights groups alleged the circus was mistreating its herd.

The case was eventually thrown out after a lead witness was found to have been paid for his testimony by animal rights groups.

By 2014, the plaintiffs, including the American Society for the Prevention of Cruelty to Animals and the Humane Society, had been ordered to pay the circus $25 million to reimburse its legal fees 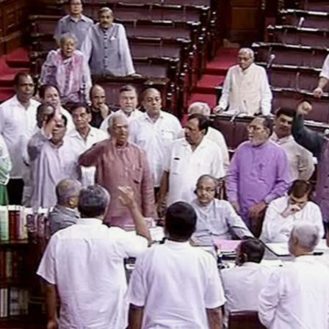 Upon officially receiving their record certificate, the massive sundae was devoured in under 30 minutes (Photo: YouTube) Houston: A new Guinness Record for the world’s…