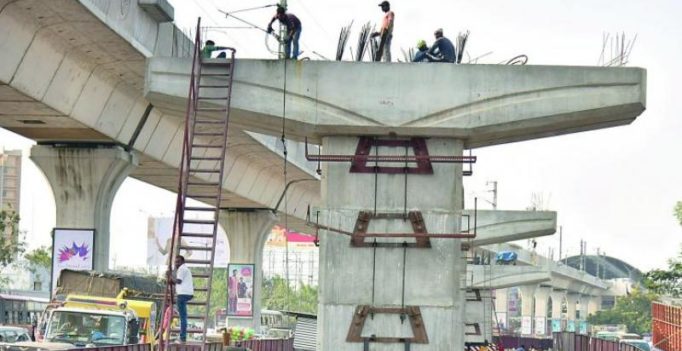 If projections are true, then India would regain the tag of fastest growing major economies of the world, crossing China with more than 0.7 percentage point in 2018 and an impressive 1.2 percentage point growth lead in 2019. (Photo: File | DC)

New Delhi/Washington: The International Monetary Fund (IMF) on Tuesday forecasted a growth rate of 7.3 per cent for India in the current year of 2018 and that of 7.4 per cent in 2019. In 2017, India had clocked a 6.7 per cent growth rate.

This acceleration, the world body said, reflected a rebound from transitory shocks (the currency exchange initiative and implementation of the national Goods and Services Tax), with strengthening investment and robust private consumption.

India’s medium-term growth prospects remain strong at 7.75 per cent, benefiting from ongoing structural reform, but have been marked down by just under 0.5 percentage point relative to the April 2018 WEO, it said.

Released in Bali during the annual meeting of the IMF and the World Bank, the IMF’s flagship World Economic Outlook said its 2019 growth projection for China is lower than in April, given the latest round of US tariffs on Chinese imports, as are its projections for India.

In China, growth is projected to moderate from 6.9 per cent in 2017 to 6.6 per cent in 2018 and 6.2 per cent in 2019, reflecting a slowing external demand growth and necessary financial regulatory tightening, the report said. The 0.2 percentage point downgrade to the 2019 growth forecast is attributable to the negative effect of recent tariff actions, assumed to be partially offset by policy stimulus, it said. Over the medium term, growth is expected to gradually slow to 5.6 per cent as the economy continues to make the transition to a more sustainable growth path with continued financial de-risking and environmental controls, it noted.

“Owing to these changes, our international growth projections for both this year and next are downgraded to 3.7 per cent, 0.2 percentage point below our last assessments and the same rate achieved in 2017,” the report said.

The growth rate of United States for 2018 is 2.9 per cent and that of 2019 has been powered to 2.5 per cent. In India, the report said, important reforms have been implemented in the recent years, including the Goods and Services Tax, the inflation-targeting framework, the Insolvency and Bankruptcy Code, and steps to liberalise foreign investment and make it easier to do business.

“Looking ahead, renewed impetus to reform labour and land markets, along with further improvements to the business climate, are also crucial,” it said.

According to the World Economic Outlook, in India, reform priorities include reviving bank credit and enhancing the efficiency of credit provision by accelerating the cleanup of bank and corporate balance sheets and improving the governance of public sector banks. In India, a high interest burden and risks from rising yields require continued focus on debt reduction to establish policy credibility and build buffers.

“These efforts should be supported by further reductions in subsidies and enhanced compliance with the Goods and Services Tax,” the IMF report said.

Emerging Asia continued to register strong growth, supported by a domestic demand-led pickup in the Indian economy from a four-year-low pace of expansion in 2017, even as activity in China moderated in the second quarter in response to regulatory tightening of the property sector and non-bank financial intermediation, it said. 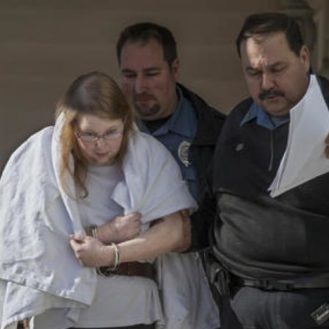 Sara Packer, center, handcuffed, the adoptive mother of Grace Packer, was led out of District Court in Newtown on Sunday. (Photo: AP) Easton: A woman…