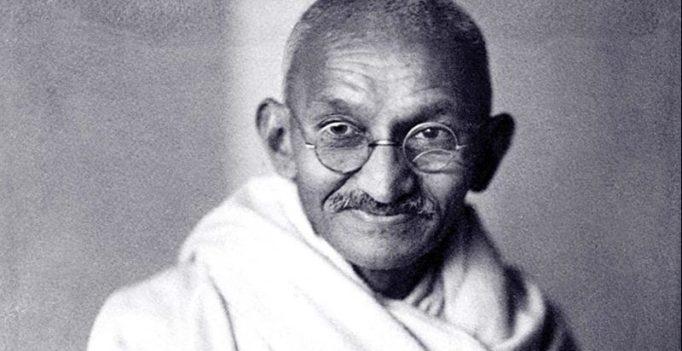 Both the men involved in this story need no introduction. Mahatma Gandhi and Adolf Hitler are names that created history, in their own way and on the opposite ends of the moral spectrum.

While Gandhi got his title ‘Mahatma’ for his persistent conviction in non-violence; Hitler, on the other hand, was infamous for violent practices and had almost achieved genocide. But not many people know that Mahatma Gandhi had written to the Fuhrer twice.

Addressing the German Dictator as ‘dear friend’, the Mahatma had asked Hitler to pursue peace and adopt non-violence.

The first letter dated July 23, 1939 was brief as Gandhi requested Hitler to prevent a war from unfolding, also apologising in the same breath if he had ‘erred’ in writing to the dictator. 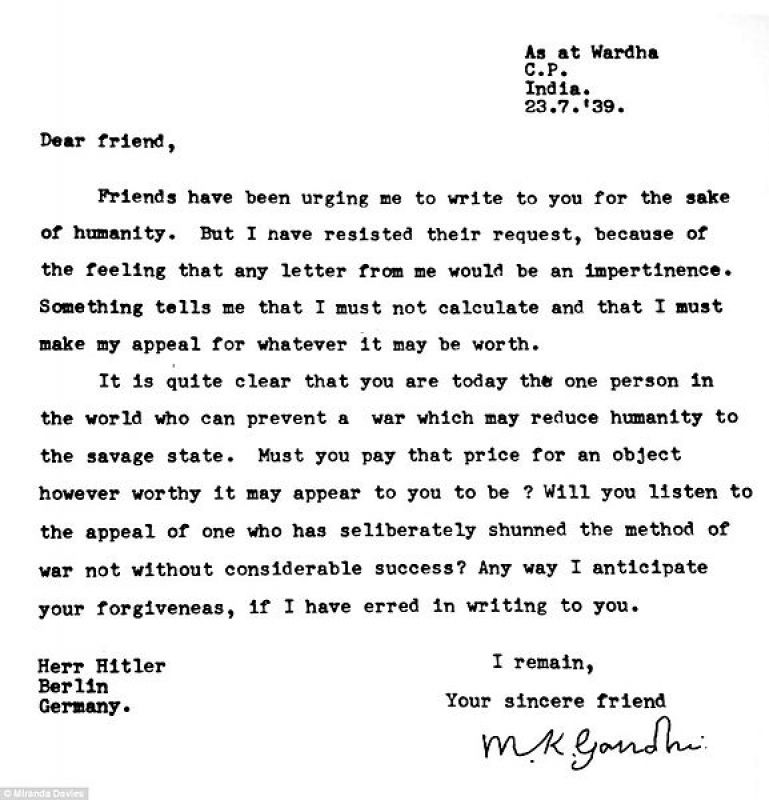 Interestingly, a month later, Hitler signed the iconic non-aggression pact with the Soviet Union. However, following this Germany violated the Munich agreement, triggering a sequence of events that led to World War II.

Nevertheless, undeterred in his attempts, Gandhi wrote a second letter on December 24, 1940. It was a longer letter, in which Gandhi condemned British for their organised violence and also wrote that he would not want to end British rule with German aid.

Assertive in his appeal for peace, Gandhi wrote, “If not the British, some other power will certainly improve upon your method and beat you with your own weapon. You are leaving no legacy to your people of which they would feel proud. They cannot take pride in a recital of cruel deed, however skilfully planned. I, therefore, appeal to you in the name of humanity to stop the war.”

He also proposed an alternative approach, asking Hitler to accept the intervention of an impartial international tribunal of his choice.

“You know that not long ago I made an appeal to every Briton to accept my method of non-violent resistance. I did it because the British know me as a friend, though a rebel. I am a stranger to you and your people. I have not the courage to make you the appeal I made to every Briton; not that it would not apply to you with the same force as to the British. But my present proposal is much simple because much more practical and familiar,” he wrote. 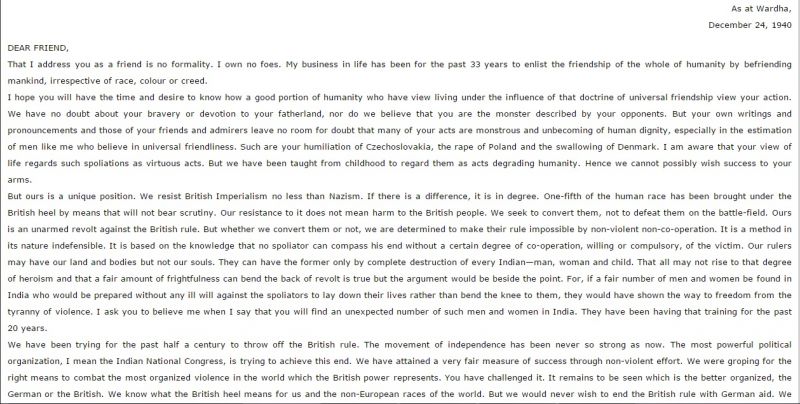 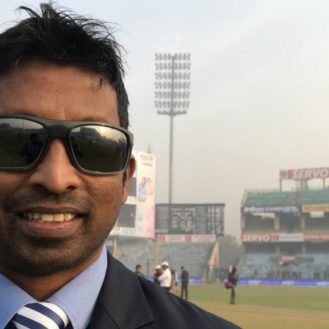