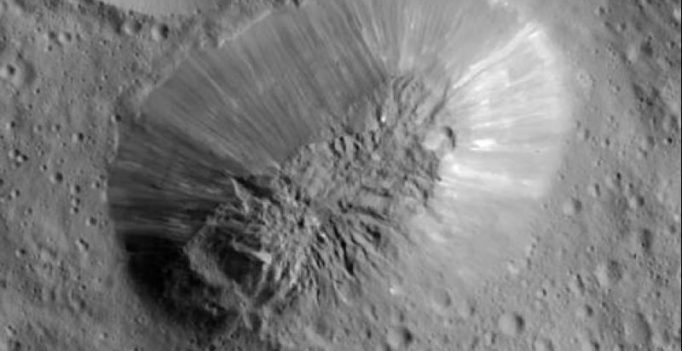 This image provided by NASA, shows an inactive volcano on the surface of Ceres, the largest object in the asteroid belt between Mars and Jupiter.

LOS ANGELES — A NASA spacecraft has spied what appears to be an inactive volcano on the surface of Ceres, the largest object in the asteroid belt between Mars and Jupiter.

The volcano is about half as tall as Mount Everest and likely last erupted several hundred million years ago, scientists reported Thursday.

Evidence of past volcanic activity has been spotted on many planets and their moons, but whether there ever was similar activity on Ceres remained unclear until the arrival of the Dawn spacecraft.

The dome-shaped mountain appears to be made of salt and mud, unlike volcanoes in the outer solar system, which are icy, said Ottaviano Ruesch of the NASA Goddard Space Flight Center who led the team that analyzed the images.

The volcano discovery was published in the journal Science along with five other studies that examined impact craters, minerals and ice on Ceres’ surface.

Dawn, which slipped into orbit around Ceres last year, is the first mission to a dwarf planet. Dwarf planets are similar in shape to planets, but they share the same celestial neighborhood with other, similar-sized bodies. Ceres was once considered a planet before it was downgraded to an asteroid. Since 2006, Ceres has been classified as a dwarf planet like Pluto, the former ninth planet.

Ceres is the second and last stop for Dawn, which paid an earlier visit to the asteroid Vesta. Both bodies are in the asteroid belt that’s littered with rocky debris from the formation of the sun and planets some 4½ billion years ago.

Dawn wrapped up its prime mission in June, flying as close as 240 miles above Ceres’ surface. NASA approved a mission extension, but engineers need to move the spacecraft higher to save fuel. Dawn on Friday will begin spiraling away until it reaches 910 miles above Ceres to begin a fresh round of observations. 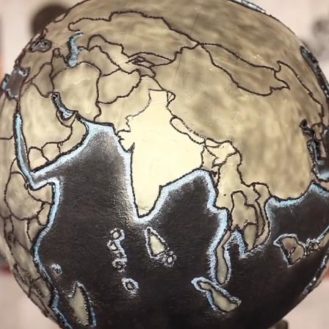