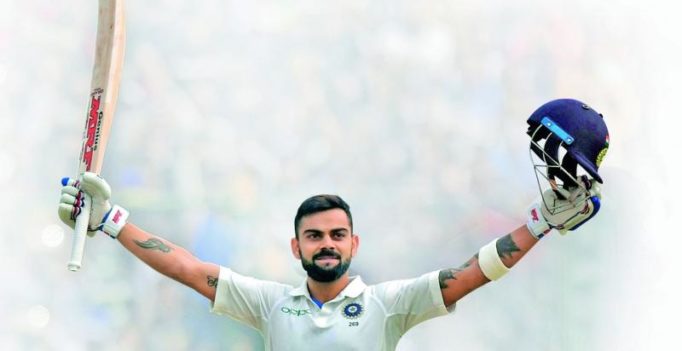 Kohli’s 243 is his career-best in Tests

New Delhi: Poor catching by the Indian slip cordon helped Sri Lanka recover from a precarious 14/2 to end day two of the third and final Test on 131/3 with pollution and smog taking centrestage at the Kotla here on Sunday. India rode on captain Virat Kohli’s career-best 243 (430m, 287b, 25×4) and a flowing 65 (129m, 102b, 7×4, 2×6) from Rohit Sharma to a massive 536/7 declared but then contrived to drop three catches in the slips with the Sri Lankans reeling at the early departure of two frontline batsmen.

A defiant 61-run third wicket association between off-spinner and stand-in opener Dilruwan Perera (42, 54b, 9×4) and Angelo Mathews then saw the visiting side arrest the slide though both benefited from the dropped catches. Perera was spilled by Cheteshwar Pujara at first slip off Mohammad Shami and Mathews twice, by Shikhar Dhawan and then Kohli, both at second slip off Ishant Sharma.

Ravindra Jadeja needed the TV umpire to make the breakthrough, Anil Choudhary reversing on-field umpire Joel Wilson’s not-out call as the bowler ripped the ball into the advancing Perera’s pads, leaving the accomplished Mathews (57, 8×4, 2×6) and skipper Dinesh Chandimal (25, 81b, 3×4) to see their team through to close of play with 2.3 overs unbowled and the total still 405 runs in arrears. Mathews made the most of his two ‘lives’ to post his 29th Test half-century, clouting R. Ashwin twice in succession over long-on to go from 38 to 50. Chandimal too looked secure against the probing spin of Jadeja while Ashwin was largely unthreatening.

Earlier, three interruptions of play marred the India innings as Kohli appeared to be cruising towards his maiden triple century. That was not to happen and the breaks also resulted in India wickets falling. Sharma was the first to go after the hosts had resumed at 371/4 with Kohli batting on 156 and Sharma six. Ashwin was the first victim of the repeated breaks in play hitting Lahiru Gamage into Pilruwan Perera’s hands. 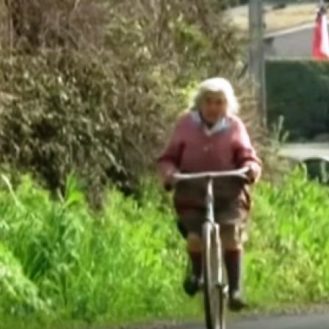