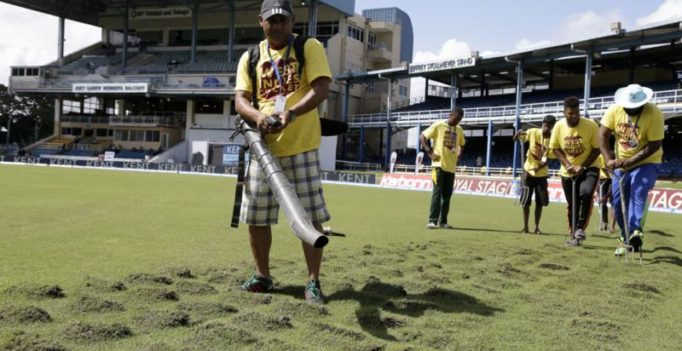 Despite the best efforts of the ground staff, conditions did not improve satisfactorily on the third day for play to be possible in the morning session. (Photo: AP)

Port of Spain: Wet outfield and rain forced the abandonment of the third day’s play without a ball being bowled in the fourth and final Test between India and the West Indies here on Saturday.

No play was possible at the Queen’s Park Oval for the second consecutive day after the outfield repairs were undertaken in a bid to dry it out, but rain intervened even before the process could be completed.

The sun was shining brightly in the morning but the outfield was still moist.

As such, the umpires got the groundsmen to start repair work and they dug out a whole array of grass patches in a bid to let some moisture off the surface. The intent was to roll the patches once dried to make them fit for play.

The first inspection of the day was scheduled at 11.30 am local time and thereafter covers were brought on. The threat of rain materialised soon enough and puddles formed on the outfield even as the bowlers’ run-up areas were covered this time around.

However, the ground just did not seem to drain at all forcing the day’s play to be called off at the second inspection at 12.30 pm local time, with lurking fear that the last ball in this fourth Test might have been bowled already.

On day one, rain had hampered proceedings with the West Indies placed at 62/2 (22 overs) at lunch, after winning the toss.

Kraigg Brathwaite (32 not out) and Marlon Samuels (4 not out) were unbeaten at the crease with Ishant Sharma (1/7) and R Ashwin (1/22) being the wicket-takers.

Bhuvneshwar Kumar (0/13) and Mohammed Shami (0/14) were the other bowlers deployed.

On day two, while the rain had stayed away, a wet outfield had meant that no play was possible.

India lead the four-match series 2-0, after winning the first Test in Antigua by an innings and 92 runs, and the third Test in St. Lucia by 237 runs. The second Test in Jamaica was drawn.

With this match seemingly destined for a draw, India, despite a 2-0 lead in the series, will lose their number one ranking in Test cricket to arch rivals Pakistan.

India need to win the series 3-0 to retain the top position in the rankings following Pakistan’s 2-2 series draw in England. 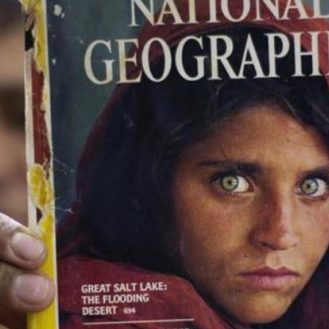