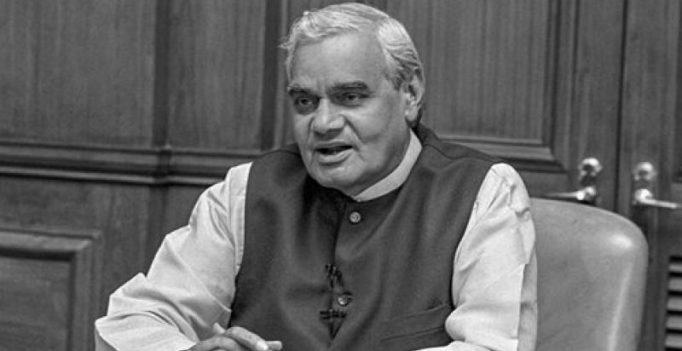 Atal Bihari Vajpayee’s death was announced by the All India Institute of Medical Sciences (AIIMS) hospital where he was admitted on June 11 with a variety of ailments. (Photo: PTI)

Mumbai: ‘The gentleman statesman’, ‘a titan’ and ‘a great orator’ is how film personalities like Amitabh Bachchan, Shah Rukh Khan, Lata Mangeshkar, Rajinikanth and Priyanka Chopra remembered former prime minister Atal Bihari Vajpayee, who passed away on Thursday after prolonged illness at the age of 93.

Vajpayee’s death was announced by the All India Institute of Medical Sciences (AIIMS) hospital where he was admitted on June 11 with a variety of ailments.

“It is with profound grief that we inform about the sad demise of Former Prime Minister of India, Shri Atal Bihari Vajpayee, at 05:05 PM,” the AIIMS said in a statement.

“Atal Bihari Vajpai (1924-2018 ) My tributes. A great leader, a famous poet, a great orator and a gentle personality. An admirer of my father’s works and vice versa,” Amitabh Bachchan said. Remembering the former prime minister, Shah Rukh Khan said the country has lost a father figure and a great leader.

“My father used to take me to every speech that Vajpayee ji made in Delhi when I was growing up. Years on, I had the opportunity to meet him and spend lots of time discussing poetry, films, politics and our ailing knees,” Khan said. “I also had the privilege of enacting one of his poems for screen. He was fondly addressed as ‘Baapji’ at home. Today the country has lost a father figure and a great leader. Personally, I have lost a part of my childhood and growing up memories of learning smiling and, of course, poetry. I consider myself the luckiest to have had his influence during my formative years. May his soul rest in peace. Will miss your smiling face ‘Baapji’,” he said. Lata Mangeshkar said she was devastated to hear about Vajpayee’s demise. “The news about the death of sage-like former prime minister, Bharat Ratna, Atal Bihari Vajpayee ji has left me devastated. He was like a father-figure to me… I feel as saddened by his death as I was when my father passed away,” she wrote on Twitter in Hindi.

“I am saddened to hear the demise of a great statesman Shri Vajpayee ji. May his soul rest in peace,” he added.

Priyanka Chopra remembered the former prime minister for his “visionary ideas” and contribution to the country.

Singer Vishal Dadlani called Vajpayee’s death the departure of a “titan”. “There was more impact and gravitas in the pauses between his words, than there are in the petty political speeches we hear today,” he added.

“Baahubali” director SS Rajamouli remembered the political as one of the few statesmen who brought “dignity and esteem to politics”.

“He was a close family friend and his legacy will forever be remembered. Thank you for your selfless service, sir. My heartfelt condolences to everyone,” he added.

“Rang De Basanti” actor Siddharth said Vajpayee’s integrity was unmatched for. “A gentleman statesman, the greatest, most admirable BJP leader in history. Atal Bihari Vajpayee will be remembered for his love of poetry, his respect for politics and above all for being a terrific prime minister with integrity and grace. I will always be a fan. RIP Sir,” Siddharth tweeted.

Quoting the opening lines of Vajpayee’s famous poem ‘Maut Se Than Gayi’ (A tussle with death), filmmaker Hansal Mehta remembered the former political leader as “a fine orator, statesman and a gentle heavyweight”.

Dia Mirza paid tributes to the BJP stalwart by quoting his thoughts on India’s secular fabric. She said Vajpayee was a great role model for her growing up in 1980s and ’90s India.

Actor Dhanush tweeted, “Deeply saddened to hear about the passing away of Shri Atal Bihari Vajpayeeji. Heartfelt condolences to the family and dear ones of the great man.” 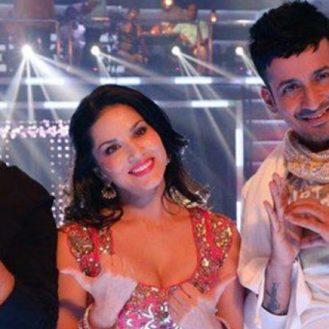