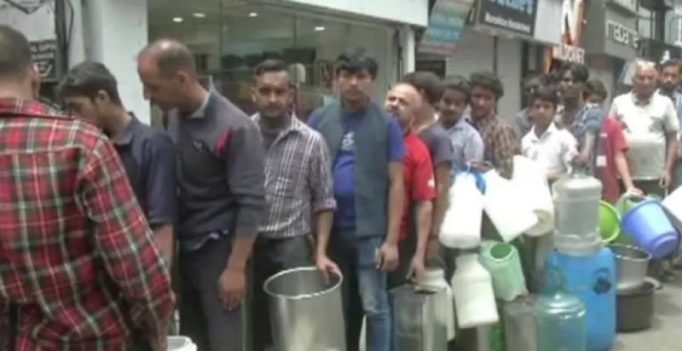 Citing data by independent agencies, the report pointed out that with nearly 70 per cent of water being contaminated, India is placed at 120th amongst 122 countries in the water quality index. (Photo: ANI)

New Delhi: India is suffering from ‘the worst water crisis’ in its history with about 60 crore people facing high to extreme water stress and about two lakh people dying every year due to inadequate access to safe water, Niti Aayog said in a report on Thursday.

The report, titled ‘Composite Water Management Index’ released by Minister for Water Resources Nitin Gadkari, further said the crisis is only going to get worse.

“By 2030, the country’s water demand is projected to be twice the available supply, implying severe water scarcity for hundreds of millions of people and an eventual 6 per cent loss in the country’s GDP,” the report noted.

Citing data by independent agencies, the report pointed out that with nearly 70 per cent of water being contaminated, India is placed at 120th amongst 122 countries in the water quality index. “Currently, 600 million Indians face high to extreme water stress and about two lakh people die every year due to inadequate access to safe water,” Niti Aayog said in the report.

It stressed that there is an imminent need to deepen understanding of water resources and usage. Citing data by agencies like Dalburg Analysis, FAO and UNICEF, the report said 40 per cent of population will have no access to drinking water by 2030 and 21 cities, including New Delhi, Bengaluru and Hyderabad, will run out of groundwater by 2020, affecting 100 million people. Niti Aayog has ranked all the states through first of its kind index on the composite water management, comprising 9 broad sectors with 28 different indicators covering various aspects of ground water, restoration of water bodies, irrigation, farm practices, drinking water, policy and governance.

Meanwhile, Gujarat has topped the Niti Aayog’s composite water management index (CWMI), while tribal state Jharkhand was adjudged as the worst performer. Gujarat is followed by Madhya Pradesh, Andhra Pradesh, Karnataka and Maharashtra on the index.

In the northeastern and Himalayan states, Tripura has been adjudged as the top state in 2016-17 followed by Himachal Pradesh, Sikkim and Assam. According to the report, 52 per cent of India’s agricultural area remains dependent on rainfall, so the future expansion of irrigation needs to be focused on last-mile efficiency.

Noting that water index scores vary widely across states, it said most states have achieved a score below 50 per cent and could significantly improve their water resource management practices. According to an official statement, the CWMI is an important tool to assess and improve the performance of states/ Union Territories in efficient management of water resources.

It also said the index will provide useful information for the states and also for the concerned Central ministries /departments, enabling them to formulate and implement suitable strategies for better management of water resources. 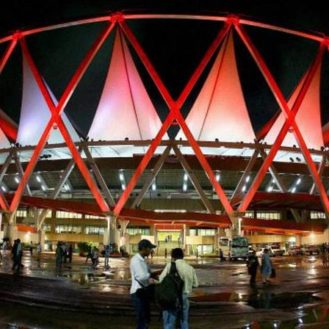