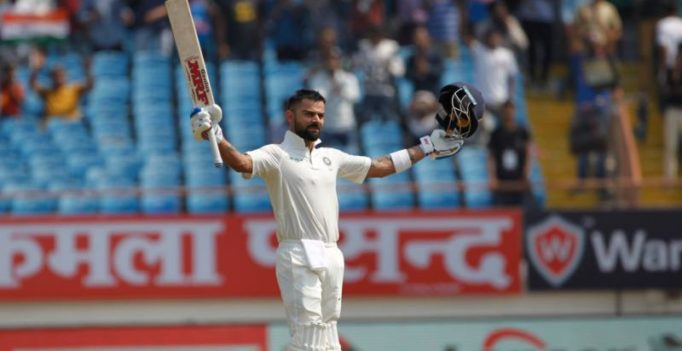 Kohli continued to break numerous records, and his latest century was his 17th as captain of the Indian team. He now has scored four hundreds in 2018 alone. (Photo: BCCI / Twitter)

Rajkot: Virat Kohli’s run-fest seemed to continue on Friday when he slammed his 24th Test ton during the ongoing first Test against West Indies here.

Kohli continued to break numerous records, and his latest century was his 17th as captain of the Indian team. He now has scored four hundreds in 2018 alone.

The cricketer from Delhi also went past 1000 Test runs in 2018, the third time he has done so in a calendar year.

The 29-year-old has thus become the second-fastest 24 Test hundreds after the legendary Aussie Sir Don Bradman, who took just 66 innings. Kohli reached the milestone in his 123rd inning. Only Sachin Tendulkar (125), Sunil Gavaskar (128) and Matthew Hayden (132) are behind Kohli in the list. 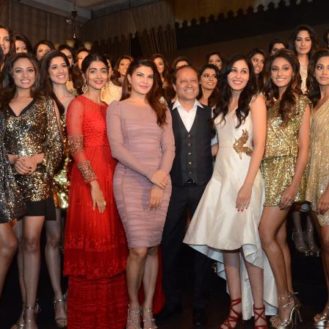 An MTC bus and a car were trapped in a crater which developed on Anna Salai on Sunday afternoon. (Photo: EK Sanjay) Chennai: A portion…