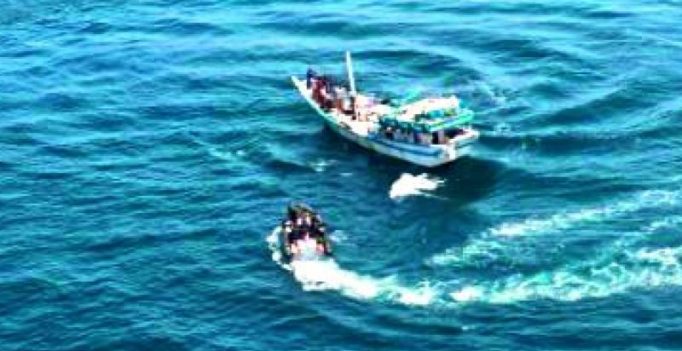 Marine commandos circle a pirate boat as they foil the latter’s attempt to hijack an Indian bulk carrier, in the Gulf of Eden on Friday. (Photo: via web)

New Delhi: Indian stealth frigate INS Trishul, patrolling in the pirate-infested waters off the Gulf of Aden, foiled a piracy attempt against an Indian bulk carrier on Friday.

The piracy attempt was made on the Indian ship MV Jag Amar at 12.30 pm, said Navy spokesperson Capt. D.K. Sharma. He added that all 26 Indian crew members on board the Indian ship were safe.

Capt. Sharma said an AK-47, one magazine with 27 rounds, grapnels, ropes, fuel drums and ladders were recovered during the operation. Twelve pirates on a skiff made the piracy attempt on the Indian ship.

The Indian Navy has been actively engaged in anti-piracy operations in the Gulf of Aden, a key shipping route near the southern tip of the Red Sea between Somalia and Yemen. In May, in a meticulous operation, the Marcos aboard the INS Sharda had thwarted another piracy attempt on a Liberian vessel in the same area.

Indian Naval assets have been increasingly deployed in recent times to address the various maritime concerns of the region, including piracy off the coast of Somalia.

In April, the navies of India and China had collaborated to rescue a merchant ship in the Gulf of Aden after it was hijacked by Somali pirates. The Indian Navy’s two frontline warships, INS Mumbai and INS Tarkash, were part of the operation. 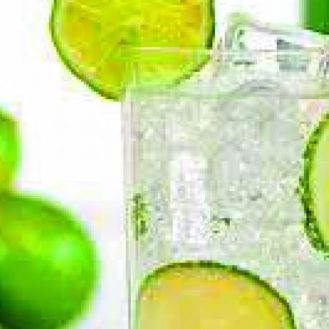