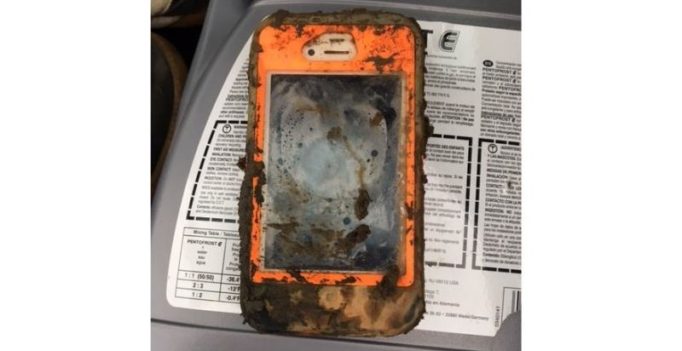 Daniel Kalgren, a mechanical engineer who resides in Western Pennsylvania told BuzzFeed News that he was treasure hunting with his metal detector in the empty lake basin in October when he found an iPhone buried 6-inches deep in mud and clay.(Image: Daniel Kalgren)

Pennsylvania resident, Michael Guntrum dropped his iPhone 4 in the frozen Kyle lake back in March 2015 while he was ice fishing. Little did he know, he would discover his lost treasure a year later.

‘We were having negative 25-degree weather, so me and two buddies went ice fishing. We were sitting on our portable shanty, and I got a bite on my rod. I laid the phone on my lap, and it slipped off. Instead of landing flat in the snow, it hit its edge and rolled into the hole. I caught the fish – it was blue gill – but it wasn’t worth it,’ explained Guntrum.

Daniel Kalgren, a mechanical engineer who resides in Western Pennsylvania told BuzzFeed News that he was treasure hunting with his metal detector in the empty lake basin in October when he found an iPhone buried 6-inches deep in mud and clay.

Kalgren took the device home, cleaned it and left it in rice for a couple of days. After which he plugged it in and found that the phone was working. He searched the device’s contact list and found the owner’s number.

‘It was the only thing I found that day. I was able to turn it on and use it to look up his number. He knows I have it now, and I’m going to mail it to him,’ Kalgren explained.

One of the main reasons why the iPhone lasted for this long is due to the special protection that covered the iPhone. Since older devices were not water resistant and only the iPhone 7 has an IP67 rating, most of the credit for the durability of the device has been given to its special cover. 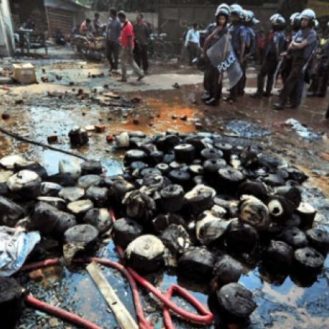