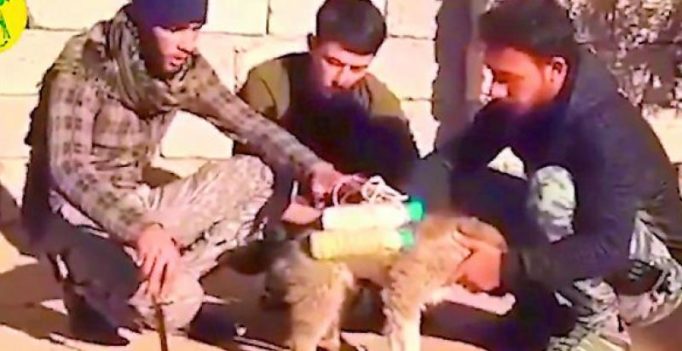 The horrifying video was apparently uploaded online by fighters with the Iraqi Popular Mobilisation Units.

Syria: In an utterly cruel action, ISIS after having used women as attackers, have gone inhuman after choosing puppies as suicide bombers. The Al-Hashd Al-Sha’abi militia group in Syria released a horrifying video of ISIS fighters fitting a little puppy with a suicide bomb belt, according to Gateway Pundit.

The authenticity of the video is unclear but appears to be Islamic State fighters fitting the furry puppy with a bomb belt for a ‘martyrdom’ attack. The PMU, or Al-Hashd Al-Sha’abi, is a group of militia, brought together and state-sponsored to battle with jihadis in Iraq.

Will marry 72 virgins, ISIS recruit tells kin
Mosul: “My dear family, please forgive me,” reads the handwritten letter discarded in the dusty halls of an Islamic State training compound in eastern Mosul.“Don’t be sad and don’t wear the black clothes (of mourning). I asked to get married and you did not marry me off. So, by God, I will marry the 72 virgins in paradise.”They were schoolboy Alaa Abd al-Akeedi’s parting words before he set off from the compound to end his life in a suicide bomb attack against Iraqi security forces last year.The letter was written on an Islamic State form. 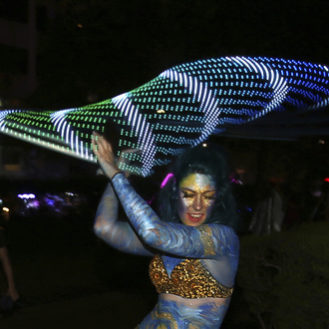