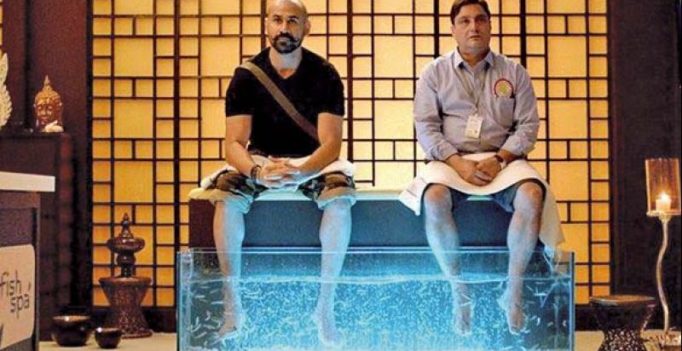 A still from the movie Island City

Love, hope, ambition, and a constant yearning for all the unfulfilled desires never go out of steam, more so, in metros like Mumbai. Ruchika Oberoi’s Island City has three tragi-comic tales conveying the flavour of today’s Mumbai. One gets to know the cynicism and complete lack of empathy at times, in a place like the impersonal city of Mumbai, where intertwined narrative take a look at hollowness of city life and its subsequent fatalism. In the first story, “Fun Committee” set in a modern office, workaholic Chaturvedi (Vinay Pathak) leads a mundane existence. The lonely single man is devoid of any hope when unexpectedly one day, he wins a joyful ticket to a fun-filled day at a shopping mall. Obviously, he wants to make the most of it. But he ends up crossing wires with a terrorist who is trying to find the parts to an assault rifle.

In the second tale, “Ghost in the Machine”, tragedy has struck in the middle-class Joshis’ household. The bitter-sweet memories of the sole breadwinner, who has had a stroke and is lying in a coma in a hospital, are what keep the family’s hopes alive, and they get on with their lives. The story reveals how television — and particularly soap operas — has become an inseparable part of the middle-class morality. The children, the widowed mother and the wife continue to lead their lives with precious little variation. The only time they seem to remember their personal losses is when they get to see a similar predicament, a crisis, or a calamity on their small screen in the weepy sagas.

Though extremely saddened by a near-loss, they soon realise that his “absence” has its advantages too. Like for instance, their craving for a television that caters to family’s wishes gets realised. Soon, they find themselves becoming addicted to melodramatic series television series, Purushottam, devouring every character’s rise and fall in the daily episodic development of their lives. In “Contact”, a young joyless Aarti Patel (Tannishtha Chatterjee), goes about doing the daily grind of a monotonous job in a printing press with no enthusiasm whatsoever. She is engaged to a car mechanic (Chandan Roy Sanyal), who has a penchant for most colourful swear words in his vocabulary.

He doesn’t understand her, she feels. His uncouth and brash ways are a total contrast to her reticent and dignified silence. When she receives an anonymous love letter, she sees a ray of hope in her unvaried existence. Three very different stories overlap, and even entertain as one gets to observe the dilemmas all the characters find themselves in. Their situations are real; their concerns genuine.

They are duty bound individuals who wouldn’t mess around with anyone’s life — others or their very own even. In some ways, they don’t quite see any potential hope, or a dream; yet they allow a little glimmer follow an uncharted path.  Island City got rave reviews when it did the rounds of film festival circuit. You know why, after watching such wonderfully nuanced performances by Uttara Baokar, Amruta Subhash, Tannishtha Chatterjee and Chandan Roy Sanyal. Oberoi shows enough promise of a better off-mainstream cinema that should emerge from her kind of storytelling. 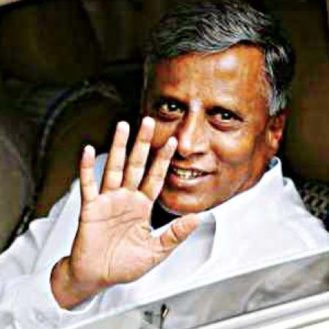