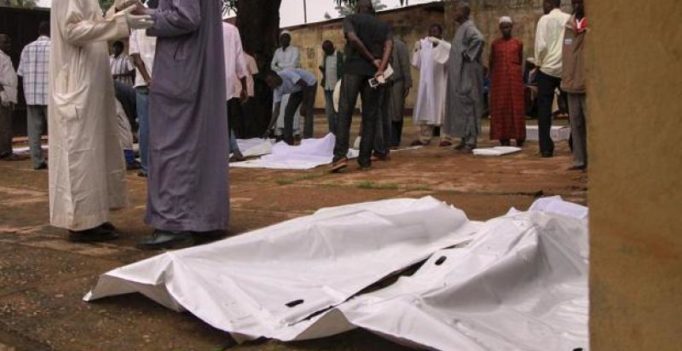 Corpses lie on the ground at Ali Babolo mosque in Bangui. Sixteen people have been killed in two days of clashes between Fulani herdsmen and the mainly Muslim Seleka militia in the Central African Republic. (Photo: AFP)

Bangui: Rebels have killed 26 villagers in Central African Republic, a spokesperson for the presidency said on Saturday, the worst bloodshed in recent months in a country trying to draw a line under years of religious violence and political turmoil.

Albert Mokpeme said the killings took place in the village of Ndomete, not far from the town of Kaga-Bandoro, about 350 km (220 miles) north of the capital Bangui. He blamed fighters from the former Seleka rebel coalition.

“There were 26 victims. The Seleka (rebels) went door to door … The village chief was among the victims,” said Albert Mokpeme said. “It was a massacre.”

Central African Republic’s UN peacekeeping mission, MINUSCA, dispatched troops to the area and separated the two groups. It said in a statement that it was reinforcing its positions in and around Kaga-Bandoro and stepping up patrols in an effort to protect civilians and prevent further violence.

The mission declined to give a death toll.

“MINUSCA regrets the loss of human life and the wounded that were recorded and also denounces attacks against the humanitarian community and United Nations personnel,” it said, without elaborating further.

Central African Republic, which holds reserves of uranium, gold and diamonds, suffered the biggest crisis in its half-century of independence in early 2013 when Seleka toppled then-president Francois Bozize.

Christian militias responded by attacking Muslims. A fifth of the population fled their homes to escape the violence, leaving the impoverished nation even more divided along ethnic and religious lines.

Former prime minister Faustin-Archange Touadera won a presidential election in February that was meant to help the country emerge from its bloody past. However, rebels and militia fighters still stalk much of the country outside the capital. 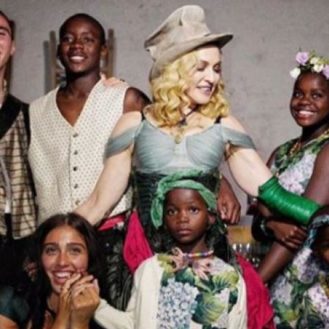