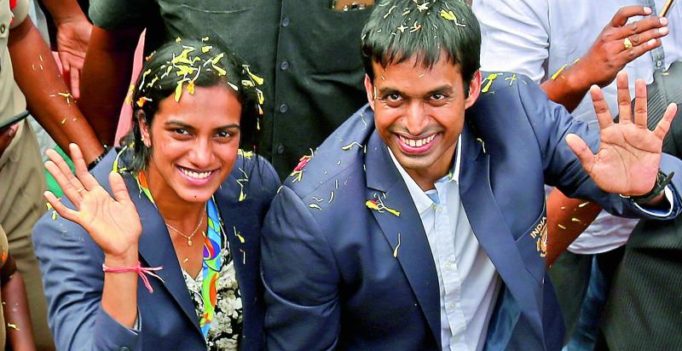 Olympic silver medallist shuttler P.V. Sindhu with her coach Pullela Gopichand waves to the cameras during their reception at the Gopichand Academy in Hyderabad. (Photo: AP)

Hyderabad: Years from now, the legend of Pullela Gopichand would be whispered in the hallowed halls of Indian badminton. Churning out champions with alarming consistency is not enough for the soft-spoken Dronacharya awardee.

He also ensures they win medals at the Olympic Games — the biggest stage of them all. First Saina Nehwal pocketed a bronze at London 2012, and now, Sindhu created history by becoming the first Indian woman to win an Olympic silver.

But cut through the noise and you’ll see Gopi has his feet firmly planted on the ground. “I wanted to retire after I won All England (in 2001). I thought I would retire after the London Olympics. and if someone had asked me what I would do if we won a medal in Rio, I would have said, ‘I will retire.’ But seeing the sort of support I get, I always feel encouraged to continue. My support staff here, my parents, my wife and kids who never complain when they don’t see me as often as they would like to, all of them give me strength to continue. Mine is not a one-man show. It is a team effort,” said Gopi on Monday.

While visibly thrilled with Sindhu’s achievement in Rio de Janeiro, Gopi feels his star charge is still a few years away from truly coming into her own.
“She is still far away from truly realising her potential,” Gopi said. “I feel we’ve only seen glimpses of what she is capable of. She has another 10 years of playing left, and hopefully she realises what I can see — somebody who can be head and shoulders above the rest,” he added.

“She would win two or three tournaments a year, but she has not always been consistent. But I always believe she can deliver and she did so in Rio,” he added.
Her best quality? Her willingness to listen to the coach. “There’s a lot of positive energy about her. Whenever I tell her to show up at a certain time, regardless of how early it might be, she would just show up. That kind of encourages you to give your 100 per cent,” Gopi said.

The chief national coach took a dig at criticism from certain quarters in the recent past on India’s disappointing Rio show.  “Every athlete who has gone to the Olympics has given it their best shot. We are not reasonable with her expectations. We create too much hype without going into detail about realistic results. We need to encourage them. We never had a chance to win some of those events. One country would win an event for 50 or 60 years, and we go into a race thinking we want an Indian athlete to win. And when they don’t, we slam them, which can be upsetting.”

A bronze in London, silver in Rio. Is that a gold medal beckoning in Tokyo, in 2020? “When I walked in to the academy today, there were several young girls who said to me, “2020 is our time to shine at the Olympics,” he said with a smile, barely masking his pride, a pride every iota of which is well-deserved.

Sindhu for all of India: Gopi
Things got a bit awkward at the presser being addressed by Rio Olympics badminton silver medallist P.V. Sindhu and chief national coach P. Gopichand when a reporter brought up a recent online debate where a few caste groups claimed Sindhu as one of their own.

Gopichand was quick to reply. “I would say she belongs to India. Just look at how many state governments have come forward to reward Sindhu for her achievement,” he said. 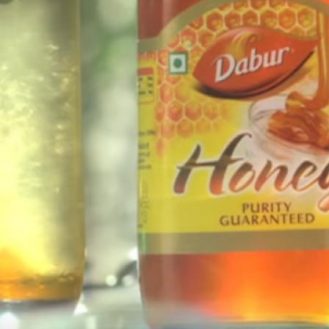