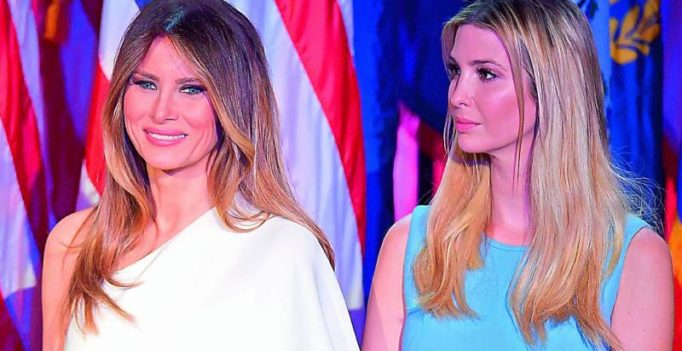 Ivanka is drawing more attention than her stepmom Melania Trump

Ever since her father, Donald Trump, won the US Presidential election, Ivanka Trump, is the woman of the moment and a leading example of how daughters carry their family legacy forward.

Insiders say, she is tipped to become the coolest and most powerful first daughter of all time. With First Lady Melania Trump being content in New York at least initially for her son’s education, Ivanka is getting ready to dazzle the political world. It’s even said that Donald Trump seems to want to make her the defacto First Lady.

With good looks, a picture perfect family (a tycoon husband and three kids), a fashion model at a very young age, Ivanka tasted corporate success and all the social connections one dreams of.

Now, she is all set to enjoy fame and political clout on a global platform. She is a regular at her dad’s transitional meetings and is said to be interested in being a part of policy issues during her father’s presidency.

What is it then about Ivanka that makes her stand out? The attention she is drawing is unparalleled when compared to children of other political leaders the world over.

She’s a diva
Priya Dutt, former MP, and daughter of Sunil Dutt
Firstly, a daughter can very well take ahead the legacy of a father — we carry the same genes like a son does. People may relate to Ivanka better now because of her persona. She’s considered a diva and now with her dad being POTUS, this is an opportunity of a lifetime.

There are many such examples. Look at Lady Diana, she was first known for her attractive personality and many called her a diva. But then look at the changes she managed to bring in. Now Ivanka has the opportunity.”

There’ll be expectations
Praniti Shinde, MLA and daughter of Sushilkumar Shinde
Ivanka is a diva. But people will have expectations from her as the President’s daughter. It is a very good thing that daughters are taking ahead the mantle from their fathers. Here in India too we have accepted it; be it Indira Gandhi or Sarojini Naidu. In fact, India has been more progressive than the US when it comes to accepting women as political leaders. We, as a country, have been very progressive too.

A level-headed person
Jayasudha, Actress and a former MLA

People who are associated with business are quite aware of Donald Trump’s work, so I don’t think it would be difficult for Ivanka. Even she came into Donald’s life much before his current wife and that makes quite a difference. She has seen both the sides of her father and his lifestyle.

She should be a very level-headed person. She should also be proud of her father. Donald Trump, too, must have worked hard to reach where he is now. Ivanka will be a big support to him and that’s why she is the most confident person in the Trump family. She has experienced along with him whatever he has been through and for that she would definitely like to be his top most priority.

The face of the campaign
Radikaa Sarathkumar, actress

The main reason why Ivanka is drawing more attention than her stepmom Melania Trump is that she was one of the most prominent faces during her father’s political campaign. Ivanka is a strong combination of many things — a successful entrepreneur, an intellectual person and a great human being.

All this added to the advantage of being Donald Trump’s daughter. This will definitely pique everyone’s curiosity and they would want to know more about her. That’s why so much is written and being talked about her.

All in the family
Karti Chidambaram, politician
American politics gets a lot of attention from the media and around the world. I didn’t find anything unusual about Ivanka Trump drawing the attention, as it is very natural and normal in American politics for their families to be in the spotlight. They are very much involved in most of the political campaigns.

It’s a sort of strategy and every Presidential candidate follows it. Not only the Trumps, the Clintons, the Bush family and the Obamas followed the same. The case is different in India. Not many family members of a politician get attention, unless they are involved in politics. Also, Ivanka Trump is a very attractive person, and naturally, that makes her the cynosure of all eyes. 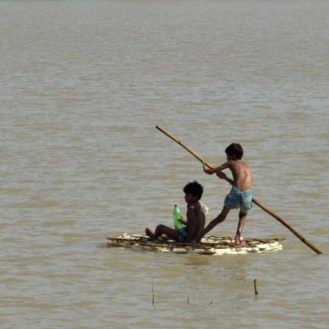