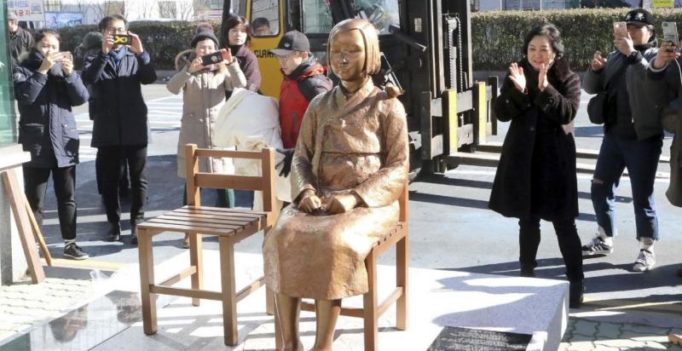 South Koreans take photos of a comfort-woman statue set up in front of the Japanese consulate in Busan, South Korea. (Photo: AP)

Tokyo: Japan announced on Friday that it would recall its ambassador to South Korea and suspend economic talks in response to the placing of a “comfort-woman” statue representing wartime sex slaves in front of its consulate in the Korean port city of Busan.

Both Ambassador Yasumasa Nagamine in Seoul and the consul-general in Busan will be temporarily recalled, Japanese Chief Cabinet Secretary Yoshihide Suga told reporters after a Cabinet meeting.

Many Korean and other women in Asia were forced into sexual slavery in front-line brothels for the Japanese military during World War II in what was called the “comfort-woman” system.

Suga called the placing of the statue “extremely regrettable,” since Japan and South Korea had reached what was supposed to be a final agreement to resolve long-standing differences over the issue in late 2015.

He said that Japan would suspend some ongoing negotiations with South Korea, including a proposed currency swap arrangement for times of financial crisis.

South Korean activists opposed to the 2015 agreement installed the statue in Busan late last month, one year after the pact was reached. A similar statue by the same sculptor has stood in front of the Japanese embassy in Seoul since 2011.

The South Korean Foreign Ministry called Japan’s decision to recall its ambassador “very regrettable,” adding that both countries should work toward advancing bilateral relations based on trust “even when there are difficult problems.” 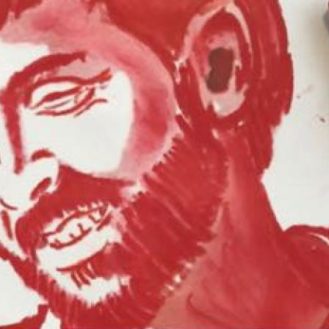