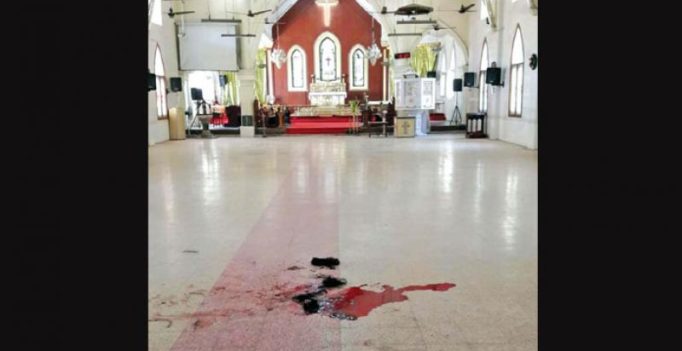 Bloodstains in the church (Photo: DC)

THOOTHUKUDI: Close on the heels of the murder of the 19-year-old engineering college student Sonali inside a classroom by her jilted lover on Tuesday in Karur, yet another case of unrequited love resulted in the murder a 24-year-old woman schoolteacher, just a week before her marriage, inside a church here on Wednesday. The accused, identified with the help of the CCTV camera footage however, was found to have hanged himself to death inside a house under construction.

Francina (24), daughter of Newton of Indiranagar in Thoothukudi and working as teacher at a private English school, was hacked to death inside St Patrick’s church at Shanmugapuram while she was attending the morning mass. The killer, a 27-year-old youth, Geegan, son of Jothi Gomes, however, escaped with none in the church even making an attempt to nab him.

Francina, who sustained deep cut injuries on her head and shoulder, was rushed to the Thoothukudi medical college hospital, but the hapless girl succumbed to her injuries. In swift follow-up action, the Thoothukudi South police identified the murderer with the help of CCTV camera footage fixed in two places inside the church and zeroed in on the culprit, who, nonetheless, had quickly committed suicide by hanging inside a house under construction on Marakudi street in Thoothukudi. 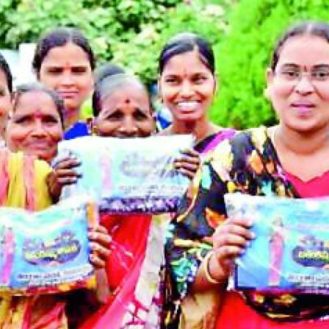