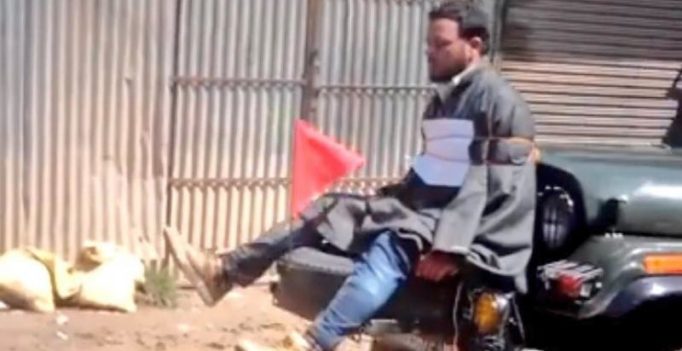 Srinagar: A First Information Report (FIR) has been registered in connection with a video of a young man tied to the front of an army vehicle being paraded in a village of central Kashmir’s Budgam district as a sign of warning of same consequence for the stone pelters.

The video went viral on social media and evoked angry response across Jammu and Kashmir and the country alike.

Former J-K chief minister Omar Abdullah had tweeted the video on Friday saying, “Here’s the video as well. A warning can be heard saying stone pelters will meet this fate. This requires an urgent inquiry & follow up NOW!!”

A number of videos appeared on social media in wake of the by-polls in Srinagar parliamentary constituency on April 9, which registered a voter turnout as low as 7.14 per cent.

The re-poll at 38 polling stations on April 13 recorded 2 percent voting.

Internet services were also shut down on the night before elections on April 9 and resumed completely on April 13.

Another video that was widely circulated on the social media and TV channels was of armed CRPF personnel exercising immense restraint even when attacked by protesters.

The Jammu and Kashmir police, on complaint of the CRPF, later registered a case to investigate the matter. 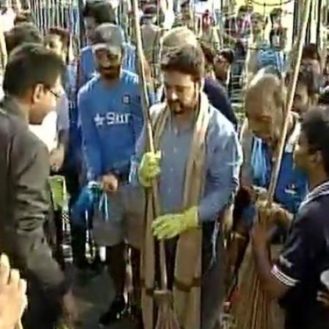