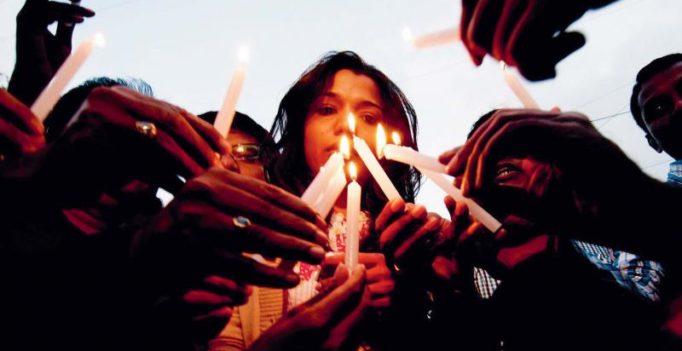 A file picture used for representational purposes only, of a candlelight vigil against rape, in the city

Now, a petition is being signed on Jhatkaa.org asking Lemon Tree Hotel to take down the poster. Frothy and light-hearted jokes are fine, but not at the cost of making women sound ditsy with despicable references to sexism. No wonder then, that Bengaluru is already being brandished as unsafe for women.

The annoying joke that graced this flyer, is of a woman who excites a gorilla at a zoo and how her husband is amused and asks her to lure the animal further, and then opens the door to the cage, and locks his wife inside, asking her to provide excuses of having a headache, to deny the gorilla’s overtures.

Although the hotel has immediately accepted their folly after Anoushka Kapoor’s Facebook post of this poster started trolling; the city folk express their angst.

Saritha Hegde of The Friday Convent that gives the female identity a platform to blossom states her view, “If a hotel doesn’t understand the meaning of consent, how would I feel staying there as a travelling women executive? This isn’t funny, but if one really thinks that this is their sense of humour, then jokes should be meant for both the genders and not at the expense of one against another, especially when we are dealing with a culture of rape. Is this the best this hotel could do in the name of humour or do they prefer to have only male guests who get their sense of humour?”

Agrees Preeti Shenoy, author of Life is What You Make It, The Secret Wish list, Why We Love The Way We Do and many more, stating, “This clearly shows how our society is known to objectify women and that’s clearly not a good thing.”

Aradhana Lal, vice president, Sustainability Initiatives, The Lemon Tree Hotel Company apologised stating, “This is with reference to Tuesday’s social media conversations regarding a poster at one of our hotels and the hotel apologises for having offended anyone with this item. While, we have already removed the poster in reference, we have initiated the process of revealing our collaterals across our hotels in order to remove anything that could be viewed as inappropriate.”

Women, wherever they are, usually fall victims to constant butts for the stereotyped sexist jokes and someone who isn’t surprised to hear of this incident is Geetha Menon, secretary of Stree Jagriti Committee.

“What the hotel management has done shows how we live in a patriarchal society and what some people think of women. Most hotels adhere to gender sensitisation. If they had a sexual harassment complaints committee in place like some institutes do, they would have helped them build a right attitude. We live in a sexist society where all sexism is well-drilled into us, from childhood. Our movies and things we see around are classic examples. Either the hotel management is ignorant or shares the same sexist mindset like most people in our society,” says Geetha Menon. 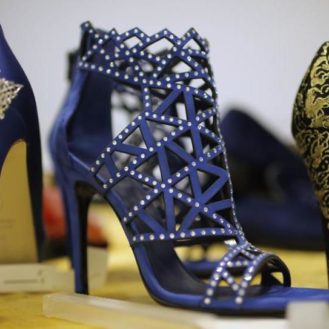 Ripon buildings lit with colours of tricolour ahead of Republic Day on Wednesday.(Photo: DC) Chennai: As many as 25,000 police personnel, including 14 inspectors general…