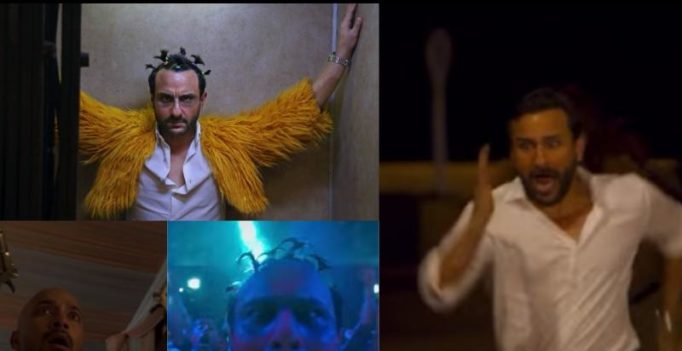 Stills from the teaser of ‘Kaalakandi’. Other than this comedy, Saif will also be seen in ‘Bazaar’ and ‘Chef’. Rumour has it, the Nawab of Bollywood is also in talks to star in a film on Batla House encounter.

Mumbai: While it is strenuous to comprehend as to what Saif Ali Khan’s character in Akshat Verma’s ‘Kaalakandi’ is aiming to achieve in the teaser, it is pretty evident that he is on his all-time high. Whether the excitement is infused by drugs or it’s his natural vibe, energy; that question can only be answered once the trailer is out.

In the establishing shot itself, Saif is seen running around with queer women, who would be called ladies with questionable morals by some, and seen having a gala time fooling around with gangsters, the police and, of course, female companions. What adds to his eccentricity is him donning garments exclusively made for the female sex. 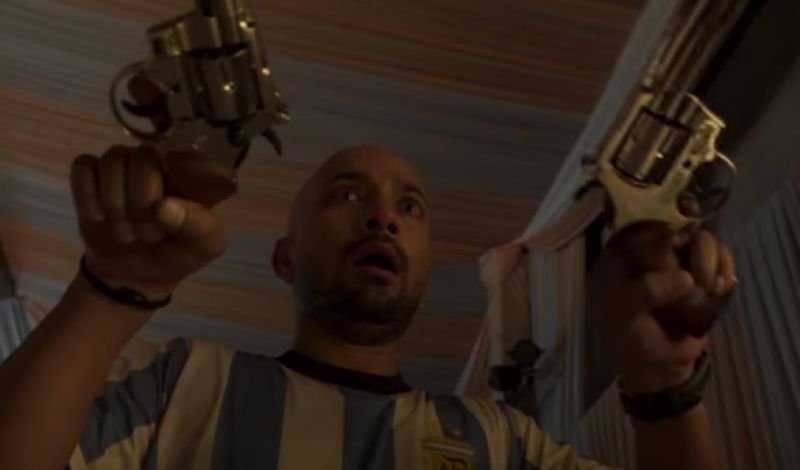 Written by Akshat Verma, who championed the black comedy genre with Aamir Khan’s production ‘Delhi Belly’, the film is reminiscent of his dark humour from the 2011 no-brainer. Just like ‘Bhaag Bose DK’, ‘KaalaKandi’ has this annoyingly fast-paced background score that is almost deafening but at the same time renders great value to the visual excitement on screen. 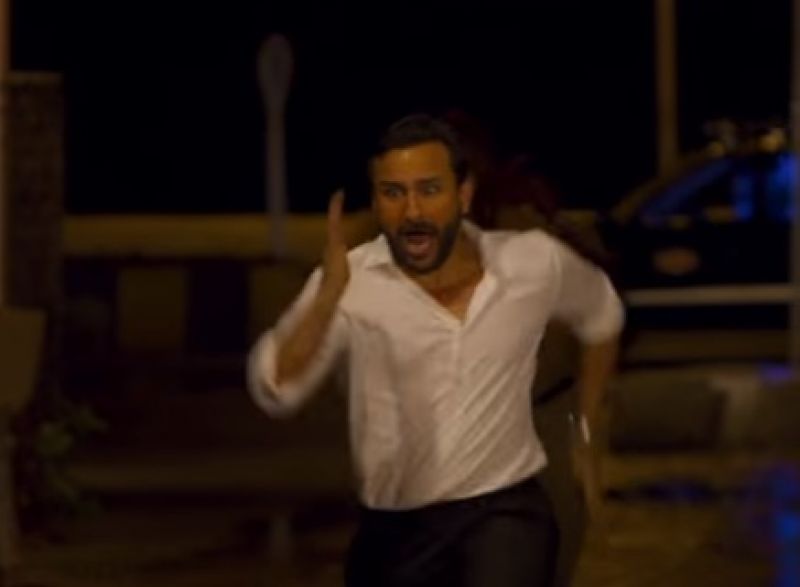 If you have watched Akshat’s unconventional take on love in Kareena Kapoor Khan and Imran Khan’s ‘Ek Main Aur Ekk Tu’, you would know that he is the man with a bag full of baffling cinematic surprises. 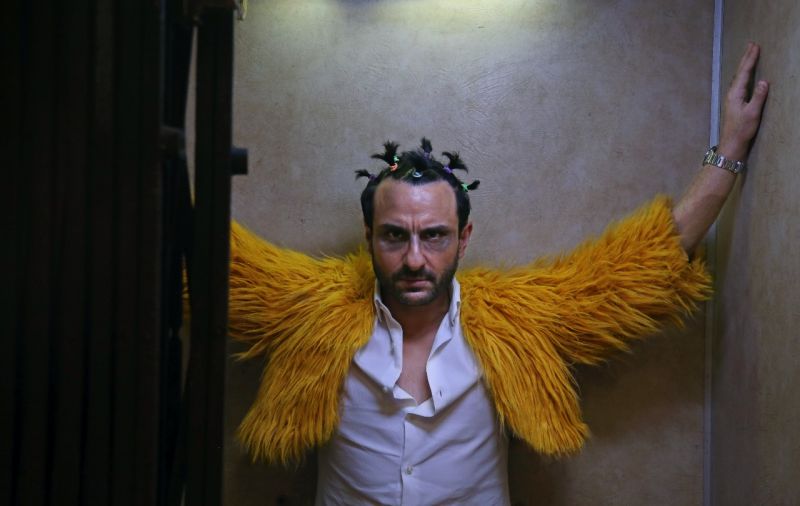 The teaser has very well managed to tick our curiosity button and we are definitely intrigued. If for nothing else, we want this flick to work for Saif Ali Khan’s sake. 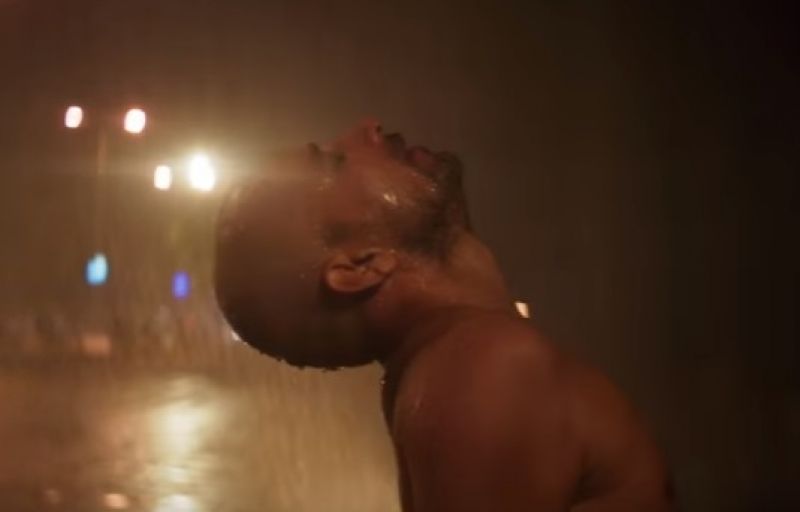 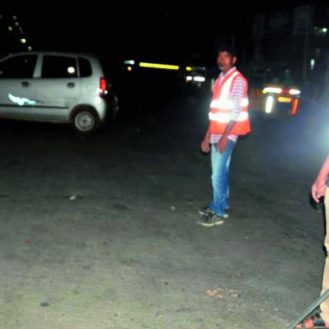