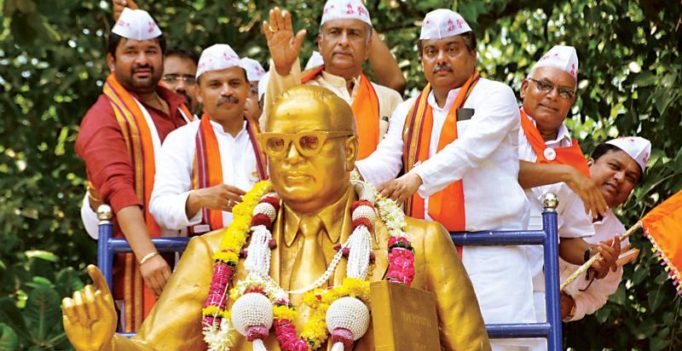 Ministers Vinay Kulkarni, Dr Sharan Prakash Patil and M.B. Patil garland the statue of Dr Ambedkar before the start of a rally of Lingayats in Kalaburagi on Sunday (Photo: DC)

Bengaluru: The involvement of  ministers, M B Patil, Vinay Kulkarni and Dr Sharan Prakash Patil,  in the rallies demanding a separate religious tag for Lingayats has left many  in the Congress worried about the likely impact it could have on its image in the run-up to the 2018 assembly polls.

While CM  Siddaramaiah has claimed the ministers are  participating in the rallies in their “individual capacities” as Lingayat leaders and cannot be stopped, the three are having to fend off charges of neglecting their official duties in the process, especially as Mr  Kulkarni has been elected national president of the Basava Rashtriya Dal (BRD), an organisation actively drumming up support for the cause.

Dr Sharan Prakash Patil denies he is spending all his time backing those agitating for a separate religious status for Lingayats. “How can I neglect my (Medical Education) department? I attended the Lingayat rally in Kalaburagi since it was a Sunday and I will attend such rallies/functions only during the weekends. The rest of the time I am  available to the public,” he asserted.

Mr  Kulkarni too claims that he devotes only one or two hours  in the evenings to matters  concerning his community  despite being  president of the BRD. “ I cannot afford to spend the whole day on this matter as I have been given an important portfolio by the CM,”  he said. The Mines and Geology Minister  added that the BRD would soon appoint state, district and taluk presidents and other office-bearers, who would take care of organising things. “My job is only to attend its functions, deliver speeches and come back.  I am aware of my responsibilities and there is no question of neglecting them at any cost,” he added emphatically.

But Congress insiders continue to believe that too much involvement of the three ministers in their community matters could backfire on it in the elections. AICC general secretary in-charge of Karnataka affairs K.C. Venugopal, too is believed to have  warned the ministers against becoming too involved in the Lingayat issue. 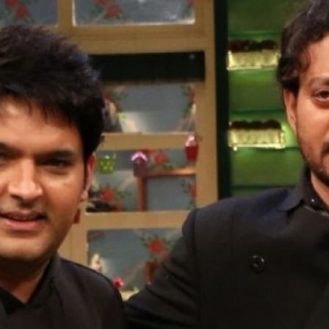 Apple Co-founder, Steve Wozniak Apple, Google and Facebook are perhaps the three big names in the world of technology at the moment. All three seem…

Nepal also said that it will initiate ‘necessary consultation’ for holding the next summit. (Photo: PTI) Kathmandu: Regretting that the regional environment is ‘not conducive’…