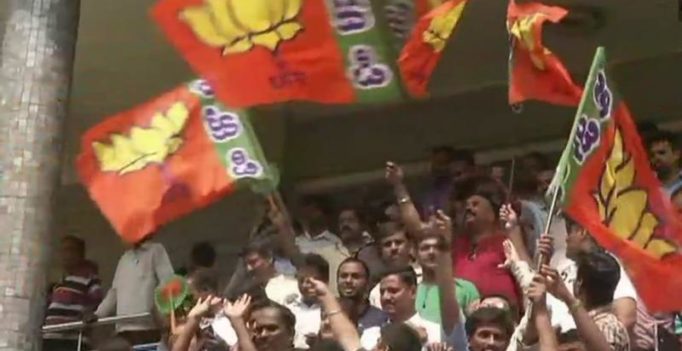 Bengalaru: Early trends shows that BJP has crossed the halfway mark with the party leading in 114 seats of the 222 constituencies of the Karnataka Assembly.

Meanwhile, Congress is at the second position with the party leading in 61 seats. With over 30 seats, JD (S) is at the third position.

Karnataka witnessed a record voter turnout of 72.36 per cent on Saturday.

11:31 am: “Rahul Gandhi did his best, but it is we who have lost the elections. We, the local leadership, should have en-cashed it in a proper way and because of which we lost it,” said Karnataka minister DK Shivkumar

11:15 am: BJP workers celebrate outside party office in Delhi as trends show the party is set to win Karnataka Assembly election 10:55 am: “This is a historic win for BJP. I want to thank all the people of Karnataka for voting for us. Ab desh mein Congress khojo abhiyan chalega, kahaan rahegi pata nahi,” Raman Singh, Chief Minister of Chhattisgarh said

10:15 am: Karnataka CM Siddaramaiah is trailing from Chamundeshwari by over 12,000 votes, JD(S) GT Deve Gowda is leading. Siddaramaiah leading in Badami by over 160 votes

10:06 am: BJP workers celebrate outside party office in Bengaluru as trends show the party leading

09:57 am: “There is no question of alliance (with JDS) as we are already crossing 112 seats,” BJP leader Sadananda Gowda said

09:51 am: “Correct position will be known at 11-11:30 am. I am going to discuss it (possibility of alliance with JDS) with Ghulam Nabi Azad and Ashok Gehlot,” Congress leader Mallikarjun Kharge said

09:40 am: JD(S)’ HD Kumaraswamy leading over the Congress candidate Iqbal Husaain by over 7,000 votes in Ramanagara, he is also leading from Channapatna

09:16 am: “These are initial trends, we hope Congress will form the government in Karnataka and are confident of it, but yes all options (allying with JDS) are open,” Congress leader Ashok Gehlot said

09:03 am: HD Kumaraswamy leading over the Congress candidate by 1,552 votes in Ramanagara 08:24 am: EVMs have been opened across counting centres in Karnataka 08:03 am: Counting of votes begin in Karnataka

08:02 am: Karnataka Chief Minister Siddaramaiah’s younger son Dr Yathindra Siddaramaiah is contesting from safe seat Varuna. He said, “Senior party leaders will decide on this (on possibility of post-poll alliance with JDS), but we are confident and hope to form Government on our own”

07:55 am: Congress workers performed ‘havan’ outside AICC office in Delhi, ahead of counting of votes 07:50 am: JDS’ HD Kumaraswamy offers prayers at Adichunchanagiri Mahasamsthana Math in Nagamangala ahead of counting of votes. Kumaraswamy is contesting from Ramanagara and Channapatna constituencies 07:34 am: B Sriramulu, one of the most prominent candidates fielded by the BJP in the Karnataka election is seen praying before the counting begins. The 46-year-old parliamentarian from Bellary is contesting against Chief Minister Siddaramaiah. Sriramulu is extremely close to the Reddy brothers, and their association has stayed intact through the ups and downs with the BJP 07:30 am: “We have deployed Central Armed Police Forces(CAPF) in strong rooms, adequate security personnel presence will be there at all counting centres to ensure law and order is maintained,” OP Rawat,Chief Election Commissioner

06:37 am: Extensive arrangements have put in place to ensure free, fair and smooth counting of votes. There are 38 counting centres in 30 districts in Karnataka, including five in Bengaluru. Security has been tightened around all the strong rooms where the electronic voting machines (EVMs) have been kept Postal ballots will be counted first before the electronic voting machines are opened. 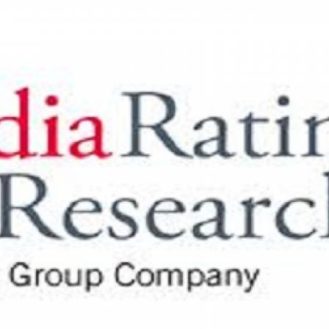