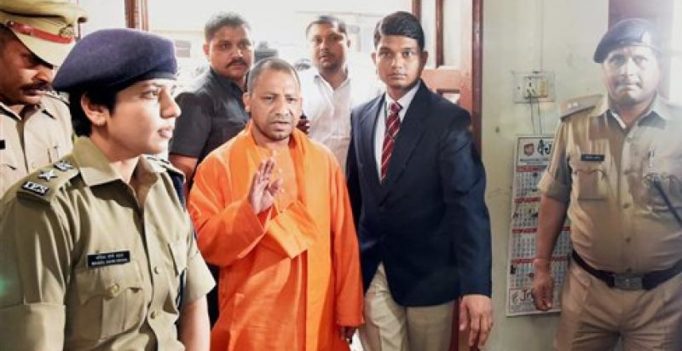 UP Chief Minister Yogi Adityanath during a surprise visit at the Hazratganj police station in Lucknow on Thursday. (Photo: PTI)

Lucknow: Uttar Pradesh Chief Minister Yogi Adityanath on Thursday paid a surprise visit to the Hazratganj Police Station in Lucknow to check general preparedness and said the rule of law will be established in the state.

Yogi, who has kept the Home portfolio with himself, took a round of the premises this morning, catching policemen and officials by surprise.

“I have come here to inspect as to how the rule of law is enforced in the state and gauge the morale of the police, and see what effective action can be taken in this regard,” the chief minister told news persons.

“The rule of law will be established in the state and government will not hesitate in taking whatever steps are required for peoples’ welfare,” he said.

Yogi also enquired about the working of the police force from the officials present there and inspected the crime branch and cyber cell of the state police.

Cautioning that this was not his last inspection but only a beginning, he exuded confidence that an improvement will be seen at all levels.

Seeking to send a strong message that laxity in enforcing law and order will not be tolerated, Uttar Pradesh police has suspended over 100 policemen since the new government led by Yogi Adityanath assumed office.

Most of these suspensions were in Ghaziabad, Meerut and Noida. In Lucknow, seven inspectors have been suspended.

The crackdown followed directives issued by DGP Javeed Ahmed a few days back to identify the “black sheep” among the policemen.

PRO UP Police, Rahul Srivastava, said, “More than 100 policemen, mostly constables, have been suspended as per the directives of the DGP to identify the black sheep and take exemplary action against them.”

The directive was issued to all the Superintendents of Police through video conferencing by the state police chief and Principal Secretary (Home) Debashish Panda hours after Yogi Adityanath assumed office.

Without mincing words, the Chief Minister had also yesterday directed officials to maintain punctuality and hygiene.

During his visit to the annexe building, where the CM’s office is located, he was annoyed to see stains of paan and paan masala all over and directed the staff not to chew tobacco or consume masala while on duty. 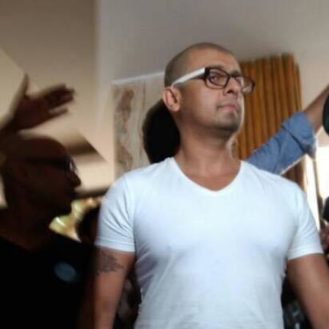