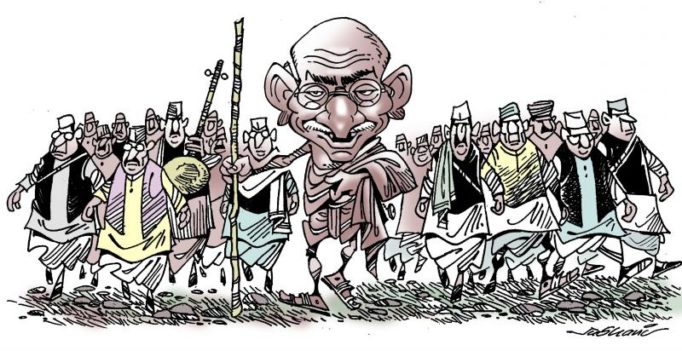 The current generation of Indians has grown up learning about Mahatma Gandhi and his teachings only from history textbooks — a source of information that has not had a lasting impact on most.

It’s been 71 years since India achieved independence, and 70 since the nation lost its father. The current generation of Indians has grown up learning about Mahatma Gandhi and his teachings only from history textbooks — a source of information that has not had a lasting impact on most. Though we’re able to recount anecdotes from his life, have we really taken his teachings to heart? Today, on his birth anniversary, we ask politicians and bureaucrats which of Gandhi ji’s principles they continue to live by. Given the times of great turmoil that we live in, it seems more important than ever that we keep the great man alive not just in name, but also in spirit.

Be the change
Everybody is asked to compromise in some way or the other. When my mother passed away, my relatives wanted my mamas to light her funeral pyre. But I refused to compromise and insisted on doing it myself. Everyone tried to dissuade me, calling the act a cultural vice, but I did it anyway, even though it made people uncomfortable, and even though it left my relatives and family elders fuming. By taking such small steps, we can be the change we wish to see in the world.

Courage of conviction
Though those who are morally wrong appear to be more powerful, once I arrive at a well-reasoned and dispassionate decision, I do not go back on it, come what may. I am an ardent follower of Gandhi ji, I even have his bust prominently displayed in my chambers, and having the courage of conviction is one of his principles that I religiously follow.
— N. V. S. Reddy, MD and Director, Hyderabad Metro Rail Limited

Practice ahimsa
I  think Gandhi ji’s teaching of ahimsa paramo dharma (non-violence is the highest virtue) is what we need to practice. Nowadays, a lot of disturbing things are happening — people are killing each other in the name of caste and religion. There’s restraint missing in our actions.
— Sandeep Kumar Sultania, Secretary to CM

Never stop learning
It is important to always be open to learning something new. The day we start thinking that we know everything, we stop growing. And we can learn from anyone. I have learnt the intricacies of policing from subordinates, constables, and head constables who have a wealth of experience. It’s also important to live each day to the fullest.
— Shikha Goel, Additional Commissioner and officer-in-charge of SHE Teams

Power of love
There are two kinds of power — one is obtained through the fear of punishment, and the other, through acts of love. I believe that power based on love is a thousand times more effective and permanent than power derived from fear.
— Ajay Mishra, Spl Chief Secretary (Energy), Government of Telangana

Keep negativity at bay
I  try to follow the principle of Gandhi’s three monkeys — see no evil, hear no evil, speak no evil. I believe that whatever you see, hear and speak impacts your mental and spiritual status, relationships, and productivity. Even things that we are not directly involved with, things that are perceived as bad, like violence and cruelty, affect us at a subconscious level if we perceive them passively. So, I try to practice awareness and exercise self-control.
— Neetu Kumari Prasad, Commissioner (Rural Development and Panchayat Raj) 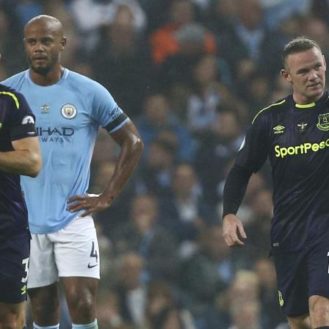 Wayne Rooney, who joined former England and Newcastle United great Alan Shearer in reaching the 200-goal landmark, said he was sure fans from his former…