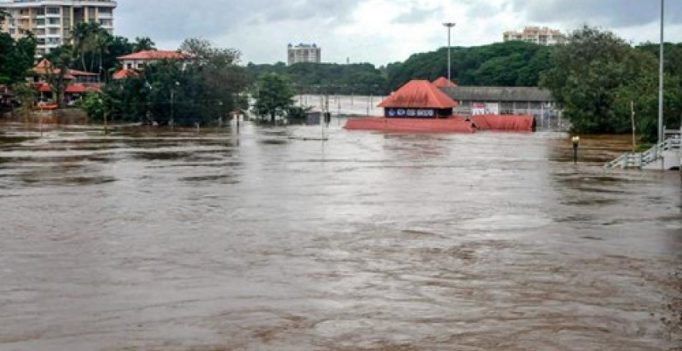 Aluva Mahadeva Temple is seen submerged in the water following a flash flood, triggered by heavy rains, at Kochi in Kerala. (Photo: PTI)

Over 15,600 people have been evacuated from the affected areas and around 500 relief camps have been set up.

The Army, the Navy, the Air Force and the National Disaster Response Force (NDRF) are working on evacuation and relief operations.

Five columns of the Army have been deployed in the state’s seven severely-hit northern districts to help evacuate people, and to build makeshift bridges.

The Indian Navy’s southern command has also been put on alert after water level in Periyar river rose amid concerns that parts of Wellingdon Island in Kochi could be completely inundated. Almost all of Kerala’s 40-odd rivers are in spate, officials said.

The Kerala government said more water needs to be released from the water reservoir system to control the rising water level because of incessant rain.

Five shutters were opened in Kerala among which one in the Idukki district was opened for the first time in 26 years. A third red alert was issued for the Idukki reservoir.

At least 60 tourists, that included 20 foreigners as well were rescued from the Plum Judy resort in Munnar where they had been stranded since Wednesday, state Tourism minister Kadakampally Surendran said.

The Centre has assured the Kerala government of all possible help in rescue and relief operations. Union Home Minister Rajnath Singh will undertake an aerial survey of the state’s flood-affected areas on Sunday.

The chopper of the chief minister could not land at Kattappana in Idukki due to bad weather.

“Unprecedented rainfall has created havoc in Kerala, destroying property and forcing thousands to abandon their homes. I urge each and every Congress worker in Kerala to step up & help those in need. My prayers and thoughts are with the people of Kerala in this difficult time.” Rahul Gandhi tweeted.

Chief Minister Pinarayi Vijayan had described the flood situation in the state as “very grim” and it was for the first time in the history of the state that 24 dams had been opened at a time following the water level reaching maximum capacity. Union Minister KJ Alphons, who is from Kerala, said this is the biggest spell of rain the state has witnessed in five decades. “It is the biggest rain we had in 50 years,” news agency ANI quoted KJ Alphons saying.

The South-west monsoon has been vigorous over Kerala resulting in heavy rains in various parts of the state since August 8.

Tourists have been barred from entering the hilly Idukki district after roads caved in at many places.

Army is building small bridges to evacuate those stranded at various places in Kozhikode and Wayanad.

The United States consulate in Chennai issued a travel alert and advised the US citizens to avoid visiting areas affected by landslides and flash flood.

Tourists have been asked to stay away from high range areas and dam sites by the government. 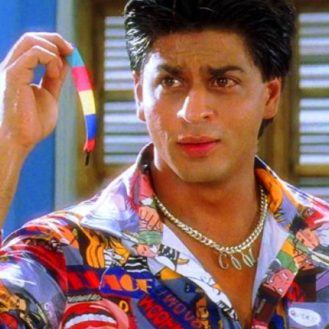