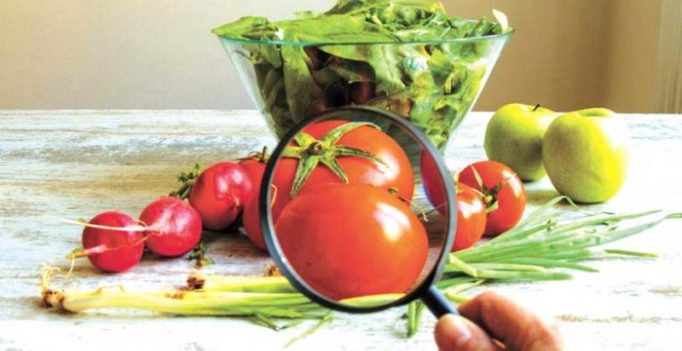 THIRUVANANTHAPURAM: As the nation gears up to commemorate the 10th anniversary of Food Safety and Standards Act 2006 next week,  the state despite having achieved many goals in ensuring safety of food is still faced with many challenges ahead. Six years have passed since the Act came into force in the state. But the shortage of staff and infrastructure facilities continue to plague enforcement activities. As of now Kerala has no laboratory accredited by National Accreditation Board for Testing and Caliberation Laboratories (NABL).

The two designated food safety laboratories based in Thiruvananthapuram and Ernakulam are likely to get NABL accreditation only by September or late October. There are plans to upgrade the third designated lab at Kozhikode by utilising Rs 8.5 crore promised by the Centre. But the biggest problem affecting strict enforcement and penal action, is the absence of laboratories at the district level. Being a consumer state where the urban rural divide is blurred in most places, testing food products continue to be a major problem. The food safety authority has mooted one lab in each district capable of testing water contamination, food and edible oils.

The food safety offices functioning in each circle (legislative Assembly segment) are understaffed and have no vehicle facilities. But authorities say with 100 more posts being filled up soon. “Food safety is a never ending process. The outlook, growth and experiments of food industry are ten times more than the regulators. We can never be on par with the industry,” said Anil Kumar , joint food safety commissioner. According to him, what US, Europe and Japan attained in food safety standards in 2000, is now being achieved by the country in 2016.  “With the world now a global village, food products are pouring in from everywhere. Many food products are coming from China including sweets and their safety standards are not known,” he added.

The contamination of packaged drinking water is a fresh challenge. Samples collected from drinking water bottles of prominent brands in the state recently were found to have e coli. The presence was as high as 40 CFU in 100 ml of water which also indicated faecal contamination. There are no authoritative reports available about the new generation neutraceuticals hitting the market as well. Registration and licensing of shops including hotels, restaurants is a huge task before the authority. While 1.5 establishments have been registered and 50,000 licensed so far, more than 1 lakh remain unregistered especially those in the semi urban areas.

Many say the penal action under the existing Act is not sufficient. This was also pointed out by Supreme Court recently when it directed the Centre to consider life imprisonment for milk adulteration and also asked for review of Food Safety Act. At the moment those found guilty of mixing life threatening additives in food products or diluting the quality of food products are liable for punishment and fine. The penalty is up to a maximum of `10 lakh depending on the seriousness and gravity of the offence.

The state is yet to get the promised special courts for expeditious trial of cases registered under food safety act. For the moment these cases are being taken up by designated magistrate courts. Top officials have also called for coordinating the activities of food safety authority and health department. “As of now we are functioning parallely and independently. But I think we need to have a composite approach not just at the state level but also in districts to make enforcement activities more effective,” said director health services Dr R Ramesh.

The LDF government which took over in May, has started off on the right note by  constituting  special squads to check adulteration of curry powder, chilly powder, coriander powder, turmeric powder, atta, maida and wheat. The products coming from outside the state are being inspected through random checks, at check posts and shops. “We decided on stringent measures in view of widespread complaints of contamination in such products. Our government is committed to ensure safe food for our people,” said health minister K K Shailaja. With Onam round the corner, the food safety department has also decided to deploy three mobile laboratories to check the inflow of pesticide laden fruits and vegetables from neighbouring states.

Eatery outlets closed down after inspections

The recent surprise inspections by the officials of the Food Safety and Standards Authority of India (FSSAI) in Kozhikode have yielded some prize catches, exposing the fragile state of the food safety in the district and the officials have ordered closure of several eatery outlets, food processing units and drinking water suppliers. FSSAI officials said the violation of rules by two packaged drinking water units and two honey supplying units was of serious nature. One among them, Ria Packaged Water Suppliers, has been given the notice of closure for supplying water from unauthorised water sources.

Presence of faecal coliform bacteria, yeast and moulds has been noticed in the samples collected from 18 packaged food units, according to food safety department officials. “We collected samples from 18 suppliers as we suspected presence of these particles in packaged drinking water,” said P.K. Aleyamma, FSSAI assistant commissioner. “And we found 12 of them flouting the norms.” The officials also found many of the water sources being tapped by these companies were poor in quality and hygiene.

A honey unit that has its manufacturing unit at Thiruvambadi has been supplying coloured honey in the market. “It is not illegal to sell honey blends but the product must be labeled that way,” Ms Aleyamma said. The inspections conducted in the city in the last two months have revealed that most brands sells honey blends, honey syrups or honey adulterated with cane sugar or corn syrup as pure honey. Some even contained antibiotic residue. 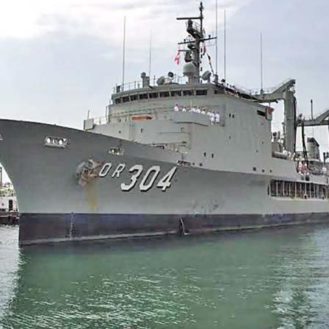 Sergei Polonsky is one of Russia’s most flamboyant tycoons, known for once eating his tie after losing a wager and for pouring scorn on anyone…