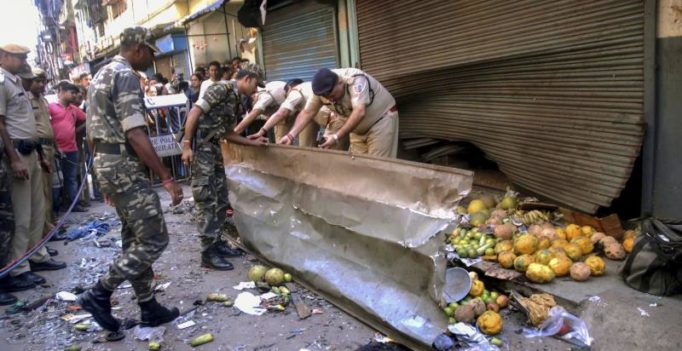 Police inspect the blast site after a low intensity bomb blast in front of a fruit vendor near a building at Kazipara, Nagerbazar area of Dumdum, in Kolkata, Tuesday, October 2, 2018. (Photo: PTI)

Kolkata: A suo motu case has been registered against unknown persons in connection with Tuesday’s explosion in Kolkata’s Nagerbazar area that left a boy dead and nine others injured, an official said on Wednesday.

The Criminal Investigation Department (CID) has now taken over the investigation into the blast, news agency ANI reported.

Samples have been collected from the spot and forensic tests are being conducted to ascertain what type of material was used in the blast in Nagerbazar.

“We have started a suo motu case against unknown persons in this case. Strict action will be taken as per law against those found guilty,” an officer of the Barrackpore Police Commissionerate told news agency PTI.

“CCTV footage from neighbouring shops as well as those from the traffic police are being checked. Locals of the neighbourhood have also been asked to come over for a round of questioning for our probe,” the police official said.

Inputs from locals could be vital and help in identifying those behind the blast, the police officer said.

Asked if the explosion could have been a fallout of internal squabbles in the ruling Trinamool Congress, as has been alleged by the BJP, the police officer said it is difficult to infer such things at this stage since no arrests have been made in the case so far.

“We have not been able to identify anybody responsible for this mishap. And it is very difficult to say whether he belongs to any particular political outfit or not. Our investigation is at a very early stage and nothing conclusive can be drawn now,” the officer said.

Police have described Tuesday’s blast as a low-intensity one that occurred outside a fruit shop on the ground floor of a building which houses the office of South Dum Dum Municipality chairman and Trinamool Congress leader Panchu Roy.

The ruling party has held the BJP responsible for the blast and alleged that it was targeted at Roy. 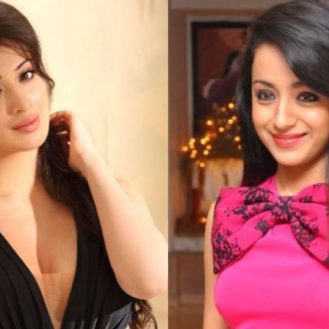