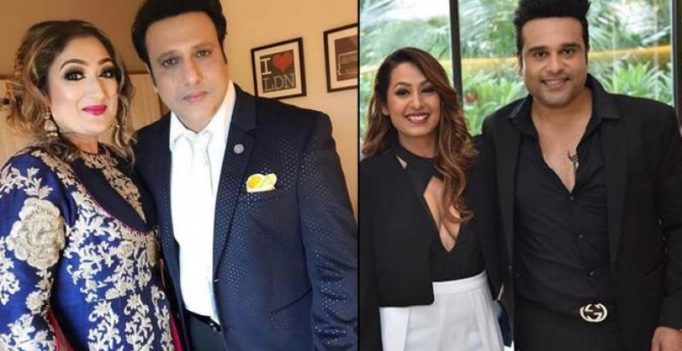 Mumbai: There seems to be no end in sight for the rift between Govinda, his wife Sunita and Krushna Abhishek and wife Kashmera Shah.

After a much public spat and patch-up between the uncle-nephew duo two years ago, this time things seem irreconcilable.

Sunita had recently stated in an interview to Bombay Times that they had cut all ties with Krushna-Kashmera, and that there was no scope for reconciliation.

When asked about it in an interview to Hindustan Times, Kashmera said, “That’s her decision and it’ll change according to her mood. I can’t live my life according to anyone else’s schedule. I’m busy with my two small kids besides directing my film.”

Sunita had also said they were not invited for Krushna-Kashmera’s twins birthday party and spoke about their ‘misbehaviour’, though Krushna had responded that his uncle and Sunita had planned their trip to London around that time intentionally.

About the ‘misbehaviour’, Kashmera replied, “I have no idea what behavior she is talking about. Our kids were born last year (June) and they never came to see them in the hospital, not even when one of my kids was fighting for his life. They were not a part of that struggle, so why drag my kids into this unhealthy environment now?”

Krushna joking, ‘Maine Govinda ko mama rakha hua hai’ was the trigger point last time, and this time it’s got to do with a tweet Kashmera posted about ‘people who dance for money’ which Sunita believed to be a dig at them.

Krushna in an interview to SpotBoye had said Kashmera was at fault for her tweet which led to a misunderstanding as it was not directed at Sunita but his sister, TV actress Aarti Singh.

But Kashmera begs to differ, “Krushna is caught in the middle of an unreasonable couple (Govinda and wife) and his strong wife. I stand by him only because I know he has to take a stand for his family even if they are wrong. He told me that he has been hassled by them and that Govinda is angry because Krushna had earlier said that Sunita was wrong. He’s being pressurized by someone to say this, or else why would Krushna want to look like a spineless person just ten days after saying that I was not at fault. I feel bad for him, as he wants to side with them as they are his blood.”

The two families have been at loggerheads publicly but Kashmera is least concerned, “I’m not upset with anyone anymore. It’s a waste of my time. You can only argue with reasonable people. If I tweeted or posted something last year, why didn’t they clear this with me then, instead of bringing it up a year later and dragging Krushna into it. I’m a logical woman and won’t resort to washing dirty linen in public. I have enemies that I don’t care about.”

Despite their conflict of opinion on the matter, Kashmera feels there’s nothing to worry about her relationship with Krushna, “Nothing will affect my marriage. Krushna and I have been through hell and back in the last two years. We have a new family and I want to bring up my boys in a world with no hatred. They may grow up not knowing a couple of family members, but I think I am OK with that now.”

Will they patch up like they did two years ago, let’s wait and watch. 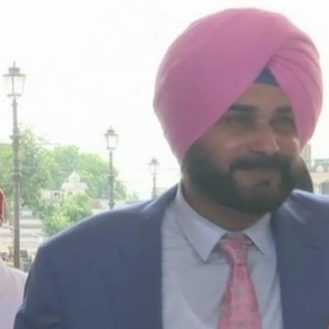