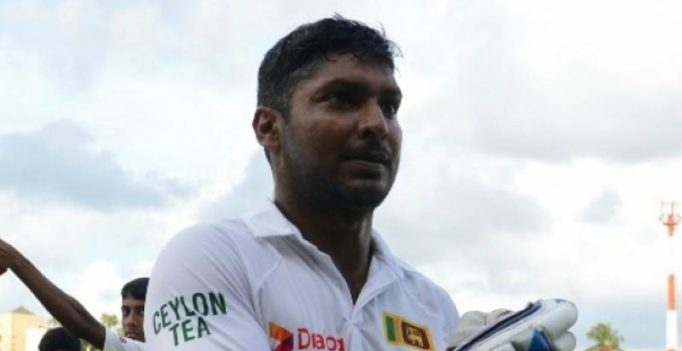 Kumar Sangakkara’s last six first-class innings have seen him score 136 against Lancashire, 105 against Warwickshire, 114 and 120 against Middlesex – in a match where his portrait was unveiled in the Lord’s pavilion – and 200 and 84 against Essex. (Photo: AFP)

London: Kumar Sangakkara just missed out on a record-equalling feat when he failed to get to three figures for Surrey against Essex at Chelmsford on Monday.

The Sri Lanka star was bidding to become just the fourth player in the history of cricket to score hundreds in six successive first-class innings.

But he was dismissed for 84 when he chipped the ball back to occasional spinner Tom Westley in a First Division County Championship match.

That meant there was no place in the record books for Sangakkara, alongside England’s CB Fry, Australia’s Don Bradman, arguably cricket’s greatest batsman, and South Africa’s Mike Procter, all of whom made hundreds in six consecutive first-class innings.

Fry achieved the feat back in 1901 for Sussex and the Rest of England, Bradman in 1938/39 when playing for South Australia and his own DG Bradman XI and Procter in 1970/71 when representing Rhodesia (now Zimbabwe) in South African first-class cricket.

Had he got to his century on Monday, it would also have been the 100th hundred across all formats of left-hander Sangakkara’s illustrious career.

Last week the 39-year-old said he intended to retire from first-class cricket at the end of the English summer.

In that case he’s certainly bowing out in style, with 853 runs in red-ball cricket at an average of just over 106 so far this season.

Sangakkara’s last six first-class innings have seen him score 136 against Lancashire, 105 against Warwickshire, 114 and 120 against Middlesex – in a match where his portrait was unveiled in the Lord’s pavilion – and 200 and 84 against Essex.

It had looked at one stage that Sangakkara might not even get the chance to equal the record, with bad light leading to a stoppage of more than an hour on Monday when he was 79 not out.

The four-day match itself ended in a draw, a result that saw Essex maintain their one-point advantage over Surrey at the top of the table.

Surrey and Essex meet again next week at Guildford, southwest of London, in what could be a key match in deciding the destiny of the Championship title. 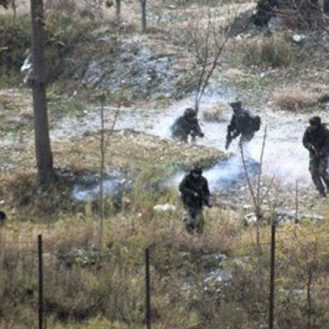