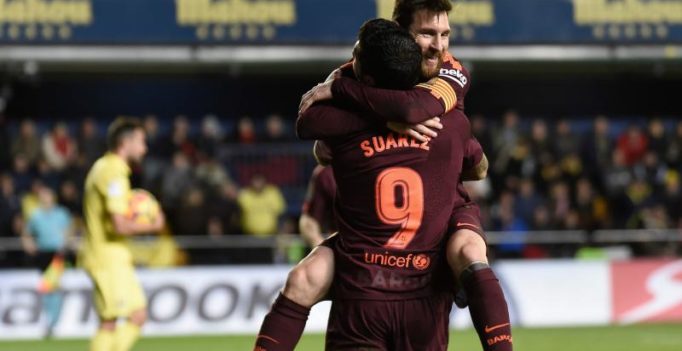 Lionel Messi’s goal against Villarreal took his league-leading tally to 14 for the season. (Photo: AP)

Barcelona: Lionel Messi and Luis Suarez scored after Villarreal was reduced to 10 men to give Barcelona a 2-0 win on Sunday that maintained its lead of the Spanish league.

Suarez finished off a quick passing combination, involving himself, Messi and substitute Paco Alcacer, by rounding goalkeeper Sergio Asenjo and tapping the ball home in the 72nd minute.

Messi then sealed the win with seven minutes to play when Sergio Busquets intercepted the ball near Villarreal’s area and passed for the Argentina forward to speed between two defenders and fire past Asenjo.

The goal took Messi’s league-leading tally to 14 for the season. Apart from Gerard Pique’s header off the post early on, hosts Villarreal had kept Barcelona in check until reserve team forward Daniel Rabaseda saw a direct red card for a studs-first tackle into Busquets’ ankle with a half-hour remaining.

“We were in control and the sending-off completely changed the match,” Villarreal coach Javier Calleja said. “He tried to go for the ball and arrived late. It was a foul, but I don’t think it was a red. It is easier to send off young players.”

Barcelona made good on the extra man and attacked repeatedly through left back Jordi Alba. Suarez sent a pass by Alba off the post minutes before he finally broke the deadlock.

Villarreal was the more dangerous team in the first half. Barcelona goalkeeper Marc-Andre ter Stegen made a reflex save to get a hand on Roberto Soriano’s bouncing volley in the 16th.

Ernesto Valverde’s side remained undefeated through 15 rounds. The win also ended Barcelona’s run of two consecutive draws at Valencia and against Celta Vigo that had let rivals chip into its lead.

Barcelona remained five points ahead of second-place Valencia, six ahead of Atletico Madrid, and eight ahead of defending champions Real Madrid. Both Valencia and Madrid won on Saturday. “The victories by our rivals spurred us on,” Valverde said.

Atletico’s 1-0 win at Real Betis was its third victory in a row in the league as it focuses on the domestic title chase after its early exit from the Champions League.

The victory played out in classic fashion for the team that Diego Simeone has long forged into one of Europe’s toughest sides to crack.

The idea was simple: an ironclad defense that only got tighter after midfielder Saul Niguez secured the lead.

And with that proving enough to get the three points, Simeone won’t be worried by his side only managing 26 percent possession.

“They were causing us trouble but we fortified our defense after the goal,” Simeone said. “In the second half it was more of the same. There was a team that had the ball and wanted to do damage but ran into a very strong defense.”

A well-orchestrated counterattack tilted the contest in their favor, with Niguez sliding at the far post to push in Sime Vrsaljko’s cross just before the half-hour mark.

Betis tried to respond, but goalkeeper Jan Oblak denied the best chance to level when he stretched to tip Cristian Tello’s powerful strike over the bar.

Atletico and Barcelona have conceded a league-low seven goals this season. Atletico, unbeaten in the league, has been particularly stingy over the past month, conceding just one goal in its last five league matches.

Athletic Bilbao beat Levante 2-1 with both teams scoring own-goals. An own-goal by Bilbao defender Aymeric Laporte in the 73rd canceled out the early penalty scored by teammate Aritz Aduriz.

But Bilbao was gifted the win in Valencia when Sergio Postigo turned a cross into his net six minutes later. Bilbao ended its streak of six rounds without a victory as it moved away from the relegation zone.

Malaga beat Real Sociedad 2-0 for its first win on the road after losing its first seven away matches.The victory lifted Malaga out of last place and pushed Las Palmas to the bottom. 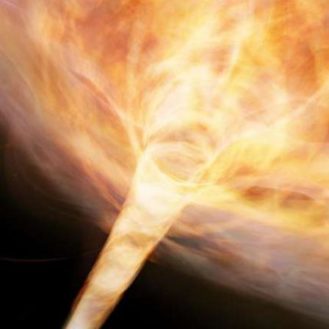