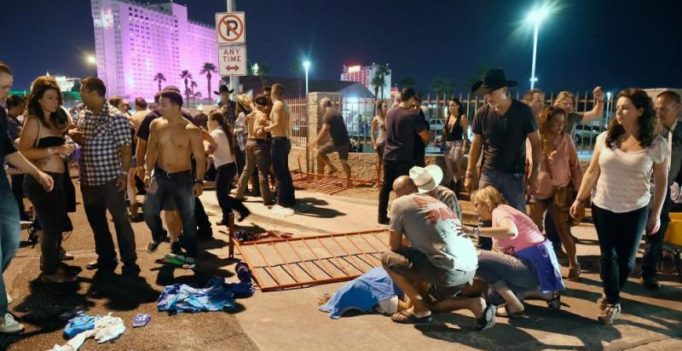 Las Vegas: The motive behind the deadliest mass shooting in modern US history remained a mystery as police sought to learn more about the apparent “lone wolf” gunman who opened fire on thousands of concertgoers from the 32nd floor of a Las Vegas hotel.

At least 59 people were killed and more than 500 others injured in the shooting, which happened during a Sunday night performance by country music star Jason Aldean at the Route 91 Harvest Festival. The gunman hammered out a window at the Mandalay Bay Hotel and Casino and began firing with a cache of weapons.

Authorities who stormed the suspect’s room found that he had killed himself. Survivors have shared harrowing tales of gunfire raining down on the crowd.

More about the tragedy:

Authorities are discounting the possibility that international terror organizations were involved in the shooting, despite a claim of responsibility by the Islamic State group.

The suspected gunman, Stephen Craig Paddock, a 64-year-old retiree from Mesquite, Nevada, wasn’t on law enforcement’s radar. They think he acted alone but want to talk with his 62-year-old girlfriend.

“I can’t get into the mind of a psychopath at this point,” Sheriff Joseph Lombardo said.

Paddock had 16 guns in his hotel room, including rifles with scopes, Lombardo said. Two were modified to make them fully automatic, according to two US officials.

At least 527 people were injured in the attack, along with the 59 confirmed dead.

Among the confirmed fatalities was Sonny Melton, a registered nurse. His wife, Dr. Heather Melton, an orthopedic surgeon who was with him when shots were fire, survived.

Heather Melton told WZTV in Nashville that her husband “saved my life and lost his.” She says her husband was the most kind-hearted, loving man she ever met.

Others slain include commercial fisherman from Alaska, a high school secretary from New Mexico, a records technician with a California police department and a mechanics’ apprentice from British Columbia.

Paddock’s brother, Eric Paddock, who lives in Florida, says his multimillionaire brother was a big spender at casinos and often received free meals and rooms there.

Eric Paddock also described his brother as different than other people: “He was a guy who had money. He went on cruises and gambled.”

Stephen Craig Paddock was living in Mesquite, Nevada, and authorities say he previously lived in the Dallas suburb of Mesquite, Texas, from 2004 to 2012, and possibly longer. His father, Benjamin Hoskins Paddock, was a notorious bank robber who wound up on the FBI’s most wanted list after escaping from prison in 1968.

The mass shooting underscored how easy it can be to bring weapons and other contraband into hotels . Although it wasn’t immediately clear how Paddock got the weapons and ammo to his room, security experts say he easily could have hid them in innocuous containers.

“You can bring a long gun in disassembled in a small suitcase. Nobody would think twice about somebody carrying in a golf bag, or something like a big snow ski bag,” said Angela Hrdlicka, a former Secret Service agent who is now a private security consultant for Major League Baseball parks and other professional sports.

President Donald Trump says he plans to visit Las Vegas on Wednesday to meet with first-responders. He says the visit will come “on a very, very sad moment for me … for everybody no matter where you are, no matter what your thought process.”

Trump called the shooting an “act of pure evil” during an address from the White House.

Meanwhile, Democrats renewed their call Monday for new gun safety legislation. There was no indication that would get much traction, although the fata of Republican legislation backed by the National Rifle Association remained in limbo.

Stars from the world of country music sent out their condolences to the victims of the tragedy.

Luke Combs, who performed earlier in the night, said on Instagram: “I can’t help but hurt for all the people who weren’t as fortunate and the pain their loved ones must feel.”

Carrie Underwood posted on Twitter : “Woke up to such horrible news. We are praying for the victims and their families. May the Lord bring some comfort to them.”

“Stilled and speechless,” Keith Urban tweeted. “Our hearts and prayers are with everyone involved and affected.”

Among the people showing empathy for the Las Vegas victims were family members who lost loved ones in the 2012 shooting at Sandy Hook Elementary school.

Nelba Marquez-Greene, whose 6-year-old daughter Ana Grace was among the Sandy Hook victims, sent a series of tweets about the shooting and the conversations surrounding gun violence, including race and public outrage.

“As a mom who had to bury a child- I could care less about perp color,” wrote Marquez-Greene. “But how come we never talk about angry White men w/guns? How come we only want to talk when it fits our own narrative? Please. Help mothers keep children safe from gunviolence.” 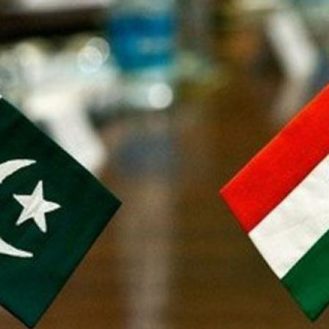 Rinku who was allegedly chained at a rehab centre in Hyderabad is happy to return home after a decade. (Photo: ANI | Twitter) Hyderabad: A…

Professor Partridge’s study found that when older mice were given young blood they did not develop age-related diseases and maintained sharp cognitive function, while younger…