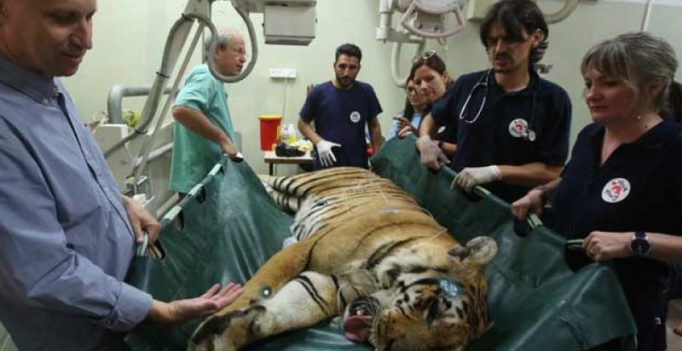 For months vets from Four Paws had been visiting the zoo in southern Gaza to treat the animals and transfer them out. (Photo: AFP)

Erez: Gaza’s last tiger left the war-ravaged Palestinian enclave today with monkeys, emus, a porcupine and other animals from a zoo dubbed the “world’s worst”, heading for a new life in South Africa and elsewhere.

Laziz (Cutey in Arabic) the tiger and the 15 other remaining animals from the Khan Yunis zoo were driven on a trailer in cages to the Erez crossing before dawn, a journalist said.

The animals crossed the border en route to sanctuaries and zoos in South Africa, Jordan and Israel “to provide them a better quality of life”, the Israeli army said in a statement. 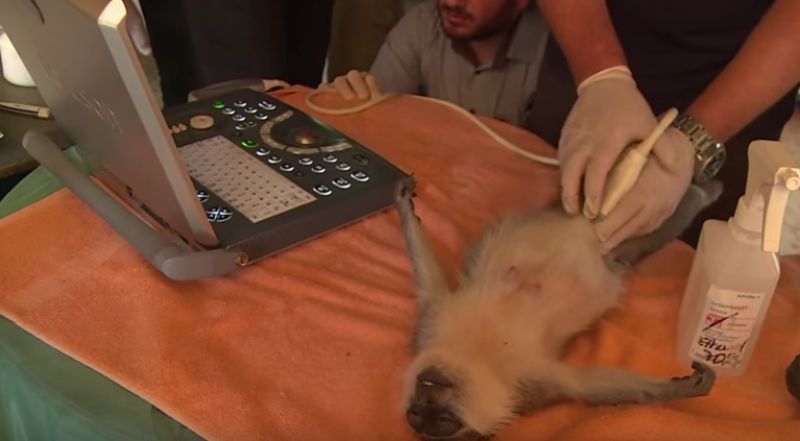 For months vets from Four Paws had been visiting the zoo in southern Gaza to treat the animals and transfer them out.

The NGO says on its website Khan Yunis had “been known as the ‘worst zoo in the world’ since it became public last year that the zoo was crudely mummifying the animals that died in their care and displaying them.”

Wednesday’s transfer leaves the zoo empty and closed, with Laziz to be transferred to the Lionsrock refuge for big cats in South Africa.

“Laziz went into his transport crate without hesitation,” a Four Paws statement said. “He even seems to behave more calm in the crate now more than he has in his desolate cage.”

“Laziz’s crate will be cooled with ice and a fan all day long.”

In the years after its 2007 opening there were more than 100 animals housed at the zoo, but they were decimated by repeated wars and shortages of customers.

The owners were unable to afford enough food, with some animals starving.

“I am very sad,” lamented owner Ziad Aweda. “I brought these animals from Libya, Sudan, Egypt and even South Africa to Gaza.”

The nearly two million residents of Gaza are also suffering and find it difficult to get permits to travel to Israel, which has maintained a blockade on the enclave for a decade.

Hamas, which runs Gaza, has fought three wars with Israel since 2008, the most recent in 2014 in which 2,251 Palestinians died, the majority civilians, according to the United Nations.

The Israeli blockade of the enclave and Egypt’s closed border have suffocated the economy, with making it increasingly hard for Gazans to find money for leisure. 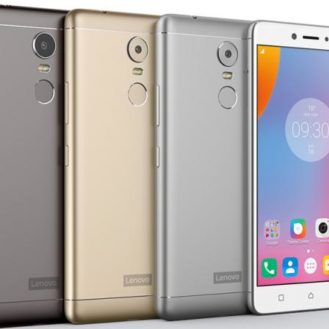