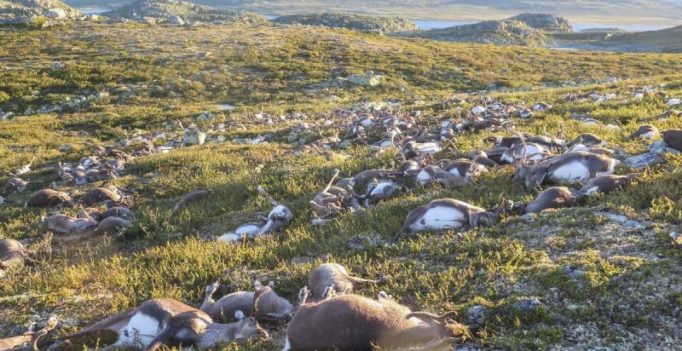 More than 300 wild reindeer were killed by lighting in Hardangervidda, central Norway, on Friday. (Photo: AP)

Stockholm: More than 300 wild reindeer have been killed by lightning in central Norway.

The Norwegian Environment Agency has released eerie images showing a jumble of reindeer carcasses scattered across a small area on the Hardangervidda mountain plateau. The agency says 323 animals were killed, including 70 calves, in the lightning storm Friday.

Agency spokesman Kjartan Knutsen told The Associated Press it’s not uncommon for reindeer or other wildlife to be killed by lightning strikes but this was an unusually deadly event. More than 300 wild reindeer were killed by lighting in Hardangervidda, central Norway, on Friday.

“We have not heard about such numbers before,” he said on Monday.

He said reindeer tend to stay very close to each other in bad weather, which could explain how so many were killed at once.

“I don’t know if there were several lightning strikes,” he said. “But it happened in one moment.”

Knutsen said the agency is now discussing what to do with the dead animals. Normally, they are just left where they fall to let nature take its course, he said.

Thousands of reindeer migrate across the barren Hardangervidda plateau as the seasons change. 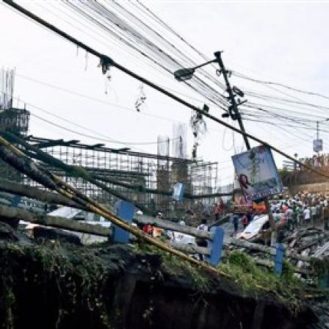