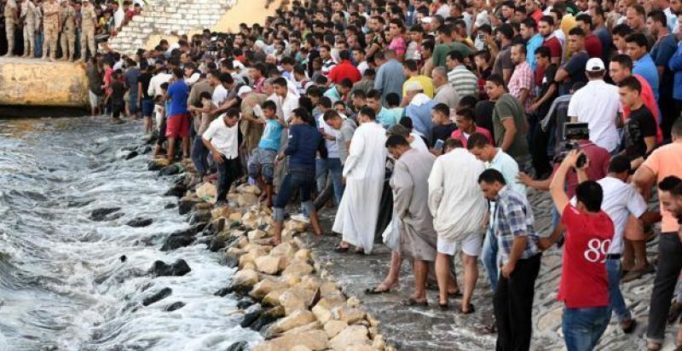 Egyptians stand on the shore as they wait for the recovery of bodies, during a search operation after a boat carrying migrants capsized in the Mediterranean, along the shore in the Egyptian port city of Rosetta. (Photo: AFP)

Cairo: Rescuers recovered 148 bodies on Friday from a migrant boat that capsized off the Egyptian coast, bringing the death toll from the disaster to at least 108, a health ministry official said.

A provincial official put the toll from the incident on Wednesday at 115. It was not immediately possible to explain the discrepancy between the two figures.

Survivors said up to 450 migrants had been aboard the fishing vessel when it sank on Wednesday about 12 kilometres (eight miles) from Egypt’s Mediterranean port city of Rosetta.

Authorities have arrested four suspected human traffickers over the tragedy, the latest in what the UN refugee agency expects to be the deadliest year on record for the Mediterranean.

Military boats were seen bringing corpses to shore in body bags, one containing the body of a child whose grandfather recognised him and knelt down in shock.
Rescuers said the search would focus on the boat’s cold storage room where witnesses said about 100 people had been when the vessel flipped over.

“The death toll is going to rise,” a medical source said.

“On the boat there is a hold used to store fish. It hasn’t been opened and there must be a lot of people inside.”

The accident comes months after the EU’s border agency Frontex warned that growing numbers of Europe-bound migrants were using Egypt as a departure point for the dangerous journey.

Traffickers often overload the boats, some of them scarcely seaworthy, with passengers who have paid for the crossing.

On a beach near Rosetta on Thursday, a small crowd gathered with some reading verses from the Koran and others desperately seeking information on relatives who may have been on board.

Many survivors were in police custody. A prosecution official said they would be treated like “victims and not perpetrators” and would be released.

Witnesses spoke of the harrowing moment their vessel keeled over due to overcrowding, as well as the agonising hours-long wait for help to arrive.
“There were 200 of us and the boat was already full, 200 more then arrived. The boat tilted to the side then began to sink,” said Ahmed Mohamed, a 27-year-old Egyptian.

“It was like the apocalypse. Everyone tried to get out alive. I swam for 10 kilometres.”

A municipal official in Rosetta said the dead included one child, 10 women and 31 young men.

The International Organization for Migration said those rescued included 111 Egyptians, 26 Sudanese, 13 Eritreans, a Syrian and an Ethiopian.

Judicial and security officials said the four people detained over the tragedy were accused of involuntary manslaughter and human trafficking.

More than 10,000 people have died attempting to cross the Mediterranean to Europe since 2014, according to the United Nations.

After Balkan countries closed the popular overland route in March and the EU agreed a deal with Turkey to halt departures, asylum-seekers turned to other ways to reach Europe.

Frontex chief Fabrice Leggeri said in June that the dangerous crossing from Egypt to Italy, which often takes more than 10 days, was becoming increasingly popular.

More than 300,000 migrants have crossed the Mediterranean so far this year from various points of departure, the UN said this week.

But fatality rates had risen, with 2016 on track to be “the deadliest year on record in the Mediterranean Sea,” said the UN’s refugee agency.

The European Union launched “Operation Sophia” last year to destroy smuggler boats that could be used to ferry migrants across the Mediterranean.

An EU official said this month that almost 300 smuggler boats had been put out of commission in the past year. 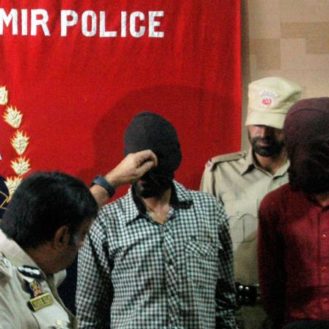