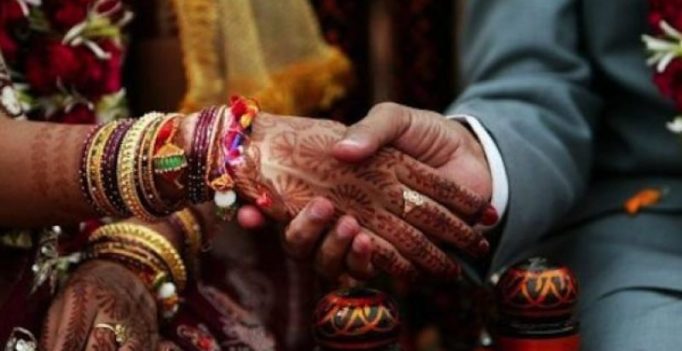 The couple registered their marriage at a local court in Ratlam town on Saturday and tied nuptial knot at the Ram temple on Sunday. (Representational image)

Bhopal: A marriage ceremony held in the district headquarters town of Ratlam in Madhya Pradesh on Sunday saw a humble tea ceremony instead of the usual sumptuous delicacies.

A couple — Kapil Rathore and Antimbala —  from affluent families, had decided to go for a simple marriage when they failed to arrange money to meet expenses of their earlier fat wedding plan, owing to current cash crunch triggered by the demonetisation of Rs 500 and Rs 1,000 notes.

The couple registered their marriage at a local court in Ratlam town on Saturday and tied nuptial knot at the Ram temple on Sunday.

The wedding held in a simple ceremony, where the bride and bridegroom parties were treated with only tea, according to N. Sorma, one of the kin of the bridegroom. “The couple was blessed by the guests over a cup of tea”, he said.

No less than 800 members from bride and bridegroom sides attended the marriage function. “The entire marriage ceremony cost hardly Rs 1,000”, he added.

The couple exchanged wedding rings three months ago and back then an extravagant wedding was planned to make the occasion a memorable event by both the families who ran flourishing business in the locality.

However, the note ban poured cold water on their plan forcing them to take recourse to a simple marriage ceremony.

“But, the crisis has taught us a lesson that the big Indian fat wedding is nothing but wasteful expenditure”, he added.

The relatives of both the families who attended the marriage applauded the idea of holding a simple marriage then an expensive one. 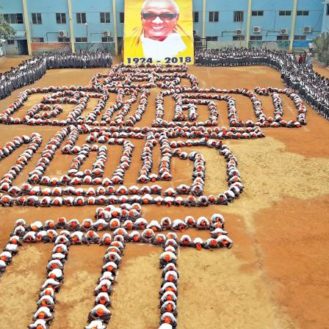