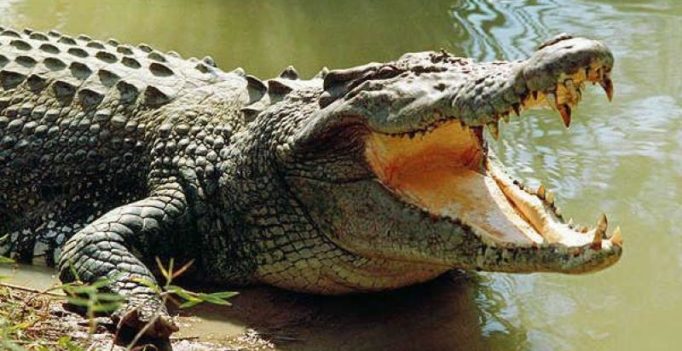 Bodies of the deceased were recovered by divers late on Monday evening.

Bhopal: In a spine-chilling incident, a woman and her 12-year-old daughter were snatched away and later mauled to death by crocodiles when the car in which they were travelling crashed into a river in a Madhya Pradesh district, police said on Tuesday.

Omkar Singh Gill (65) who survived the mishap watched helplessly the heart-wrenching sight of his daughter and grand daughter being carried away by the crocs in the Aheli river.

The incident occurred near Lalithpura on the Sheopur-Kuhanjapur highway in the district early on Sunday morning, H.S.Rawat, in-charge of Baduda police station said.

According to the police, Mr Gill, resident of Kota in the district, was travelling with his daughter Mandeep Kaur (36) and grand daughter Harpal (12) in his car to drop them home at Badauda.

Mandeep along with her daughter had gone to Kota to visit her ailing mother.
Mr Gill who started for Badauda in the same district on late Sunday night suddenly steered his car to left to avoid head-on collision with a truck coming from the opposite side, diving his vehicle in the river in the process.

He managed to push the car door open to ensure their escape and
somehow swim to the river bank. He, however, looked back in horror when he heard cries of his daughter with crocodiles advancing towards her in the water.

Later, he saw his daughter and grand daughter disappear in the river. Bodies of the deceased were recovered by divers late on Monday evening.