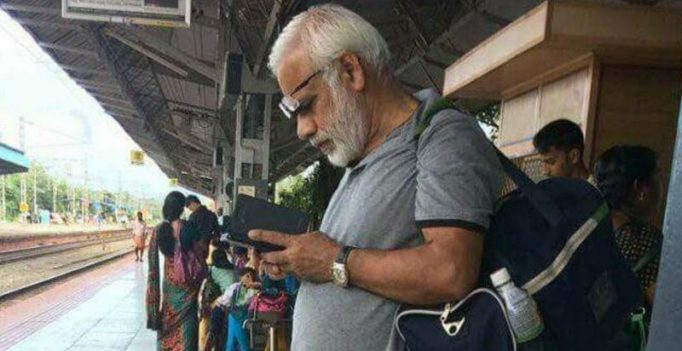 The 64-yr-old from Kannur who has shot to the limelight after AIB’s controversial tweet, broke his silence and asked a legitimate question – Why would someone do this to him? (Photo: Twitter)

Mumbai: People might not know who MP Ramachandran is, but they know how he looks, thanks to his uncanny resemblance to Prime Minister Narendra Modi. The 64-yr-old from Kannur who has shot to the limelight after AIB’s controversial tweet, broke his silence and asked a legitimate question – Why would someone do this to him?

According to a report in Mid-day, Ramchandran has also slammed All India Bakchod (AIB) for making fun of the prime minister. “Prime Minister Narendra Modi is an international figure, and my role model too. It’s not right to make fun of someone who is doing what he is for the country,” he said.

The meme in question used a picture of Ramchandran along with a Snapchat dog filter superimposed on Modi’s face. Following public outrage both online and offline, a case was registered against AIB for making fun of Modi.

The post with the meme went viral on social media platforms and brought Ramchandran unwanted attention. So much that he was even contemplating shaving off his beard, stating that his identity is being used to defame Modi.

“Nobody has the right to morph photographs to make fun for monetary gain. I am neither a politician, nor a social activist. I am a common man with no enemies,” Ramchandran said.

He also told the tabloid about the story behind the picture that has gone viral. The picture was taken by a commuter on July 10 at Payyanur station, he said, adding that it was common for him to get request for pictures or selfies from passersby, when they realise Ramchandran’s resemblance to Modi.

Ramchandran was employed by a Mumbai-based private firm as a stenographer for about 30 years. He then moved to Saudi Arabia, where he worked for another 10 years. Later, he shifted to Kuwait, but returned to Kerala in 2013. 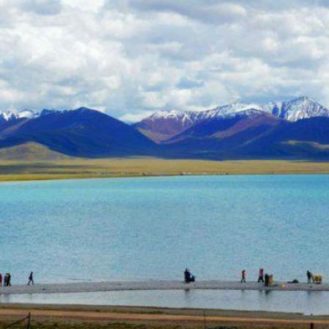 The museum has a collection of paintings on Indian ragas but not many people understand its significance. (Photo: Soumyabrata Gupta) The Indian Museum here will…