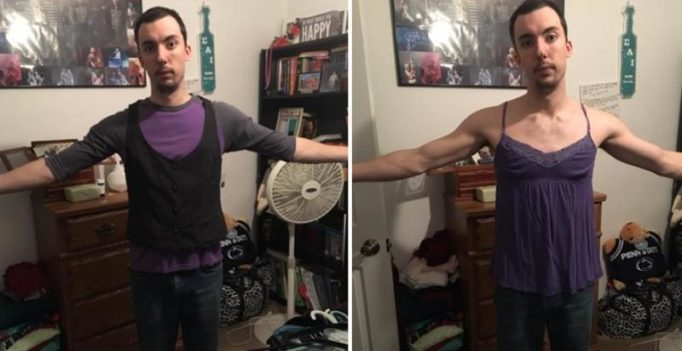 Studies claim that clothing sizes can have a direct impact on a person’s image and self esteem. (Photo: Facebook/ Benjamin Ashton Cooper)

Many studies claim that clothing sizes can have a direct impact on a person’s image and self esteem.

“Smaller sizes were found to have a positive effect on body image, particularly for younger women,” wrote Tammy R. Kinley, an associate professor at the University of North Texas.

Recently a post has gone viral that proves what the studies have claimed.

Benjamin Ashton Cooper from US was helping his girlfriend to clean her wardrobe when he realised that most women feel that they have a large body due to the clothing size. And this affects women’s psychologically.

He took Facebook to share his views. He posted pictures along with a message dressed in his girlfriend’s discarded XL-sized clothes which fit him just right and if you look at his pictures he actually looks thin.

So I’m helping my girlfriend clean out her closet (literally, shut up), and I noticed that a lot of what she was getting rid of was of the XL size. That didn’t look right to me, and here’s why:

They fit me. I don’t say that to be silly or ironic.

It pisses me off.

I am not an extra large man, and, more importantly, a woman my size is NOT an extra large woman. This bullshit right here is why we have 8 year olds with eating disorders. This shit right here is why men shout “fucking fat hog!” at even nominally curvy girls on the street. This is why men who think sexism is a “myth” perpetuated by liberal pussies are Full. Of. Shit. 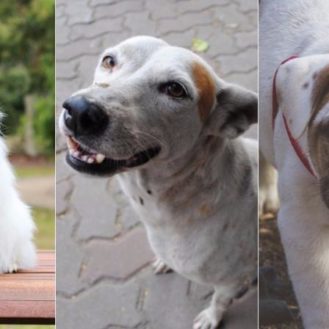